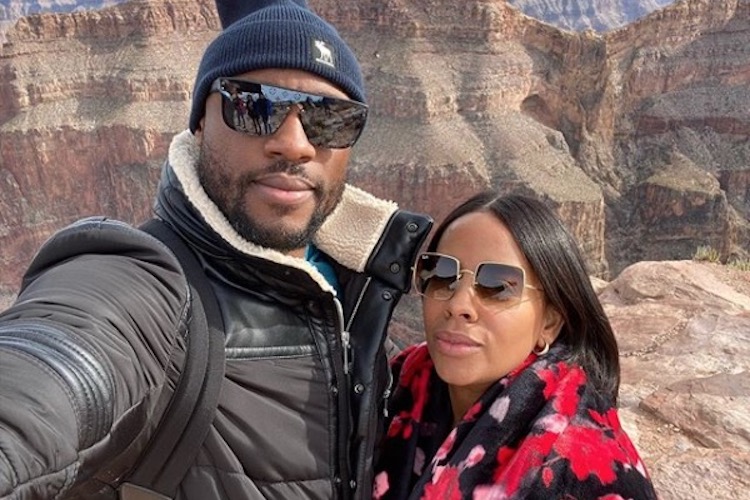 Starling Marte is shouldering a heavy burden, the untimely death of his wife, Noelia Brazoban. On Monday, Marte said his wife passed from an apparent heart attack on multiple social media accounts.

“Today I go through the great pain of making public the unfortunate death of my wife Noelia, due to a heart attack. It is a moment of indescribable pain,” he wrote and shared an image of himself and Noelia at the Grand Canyon.

“On behalf of my family, I am grateful for the expressions of esteem and solidarity in this difficult time,” he wrote.

Marte is a center fielder for the Arizona Diamondbacks.

The MLB star did not include any further details about the circumstances surrounding his wife’s untimely death. MLB Network reported that Brazoban was waiting at a hospital to be treated for a broken ankle when she died.

Marte was traded to the Arizona Diamondbacks earlier this year after eight seasons with the Pittsburgh Pirates.

The Diamondbacks and the Pirates released statements with their condolences.

“We are deeply saddened to learn of the tragic passing of Noelia Marte,” a statement from the Diamonbacks said. “Starling and his family are part of the D-backs’ family and we will do all we can to support him and his children during this incredibly difficult time.”

A statement from his former team, the Pittsburgh Pirates was also released. “The entire Pirates family extend our deepest condolences to Starling Marte and family during this terrible time. Our hearts are truly saddened by this news.”

YOU MIGHT ALSO LIKE: Shad Gaspard’s Body Discovered Three Days After He Was Swept Out to Sea By a Strong Rip Current

Brazoban is survived by Marte and their three children.

Marte has three children, sons Starling Jr. and Smerling, and daughter Tiana, according to his player bio on MLB.com. Tiana had just celebrated her fourth birthday days before the tragedy.

On Saturday, Marte posted a birthday picture of his daughter with a caption in Spanish. People translated the sweet message to English:

“Daughter, today you are one more year old and it fills me with joy to be able to share this moment with you. I hope God gives me much more time at your side to continue seeing you grow and become a great woman. Happy Birthday Princess. I love you 😍 # HAPPY4year #TIANA.”