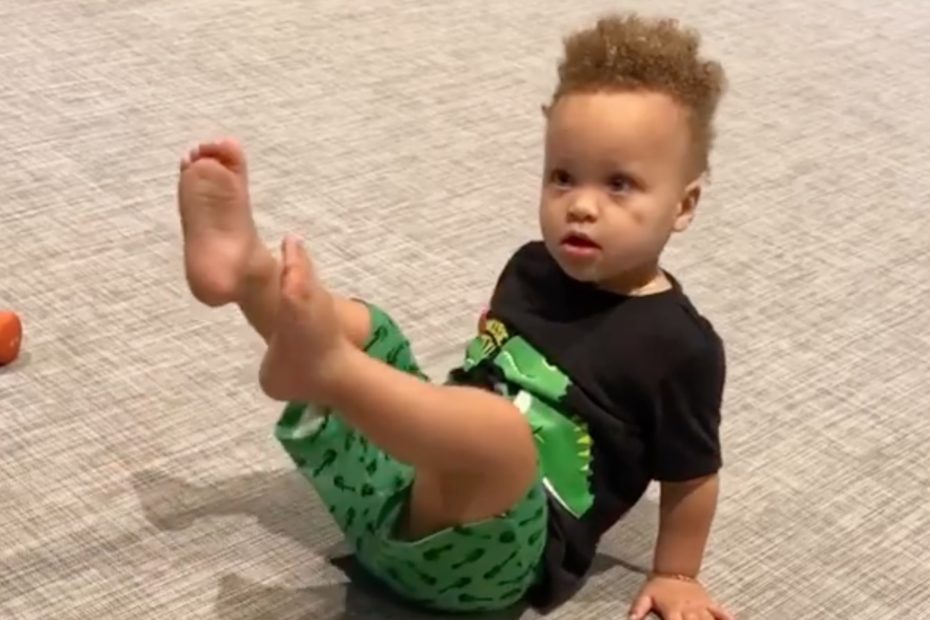 Stephen Curry Staying Active in Home Gym, But His 1-Year-Old Son Is Showing Him Up

Stephen Curry Staying Active in Home Gym, But His 1-Year-Old Son Is Showing Him Up

Athleticism and hard work runs deep in the Curry family. Just before the 2019-2020 NBA season was postponed at the beginning of March, Golden State point guard Stephen Curry was averaging 20.8 points per game, 5.2 rebounds, and 6.6 assists.

Now, Curry is doing his best to stay at the top of his game in his gym at home and thankfully for him, he’s not the only one in his household trying to make gains.

In an adorable video he shared on his Instagram page, Curry showed his fans that it’s not just him in his home gym working on his strength, but his 1-year-old son Canon is also using each minute spent at home to get bigger and better as well.

In the video, Canon can be seen showing off how many push ups and sit ups he can do in a row. And while there is always room for improvement, there is an obvious fire in Canon’s eyes to be better than his dad one day.

Curry captioned the adorable video, writing, “Canon trying to show us up and be the hardest worker in the room this a.m.! Questionable form but we will take it. Happy Wednesday.” He also used the hashtags, #youngwolf and #throughthistogether.

Other athletes also thoroughly enjoyed the video, with some of them telling Curry to watch his back. “At the end he popped up without using his hands,” Tori Gurley wrote. “He already stronger than [Steph].”

“Champ, how does he look more like you than YOU do? Also that was a text book dive bomber push up! Don’t question the form,” another added.

In March, Curry and his wife, Ayesha, announced that they would be donating to their local food bank to ensure that kids who rely on meals from their schools would not go hungry during this time.

1 thought on “Stephen Curry Staying Active in Home Gym, But His 1-Year-Old Son Is Showing Him Up”