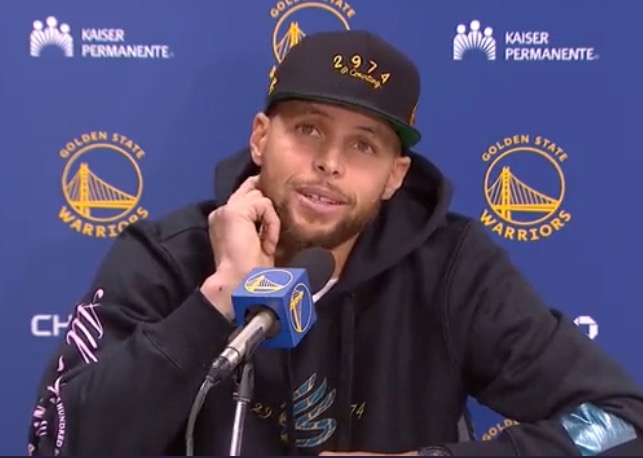 Basketball Legend Stephen Curry, 33, is Considered the Best Shooter Ever

Since he joined the NBA in 2009, the 33-year-old has proven himself to be one of the best basketball players of all time. During Tuesday night’s game against the New York Knicks, this fact was only further solidified when he became the all-time record holder for 3-pointers.

Hitting two in the first quarter on Tuesday night, he surpassed the previous record-holder, Ray Allen. Allen played for the Milwaukee Bucks as a guard and when he retired in 2014, he left behind a record of 2,973 3-pointers. So, when Curry’s basket fell through the net with ease during the first quarter and the crowd erupted into celebration, the Golden State warrior knew he had made history.

“I pride myself on shooting a high percentage. I pride myself on allowing that to help us win games,” the 33-year-old explained in a press conference after the game. Curry went on to offer the sentiments, “And now I can pride myself on getting to the longevity of that number that Ray set, and hopefully pushing it to a number that nobody can reach.”

Lucky for Curry, it likely will go down in NBA history. Considering that the basketball player is showing no signs of slowing down in his career, still averages 5.4 points per game, and attempts 13.4 per game, it is safe to say this record will belong to him for many many years.

Throwing his hands into the air in a proud manner, Curry responded, “I got that, baby.”

“I never wanted to call myself the greatest shooter until I got this record,” he went on to explain during the conference. “I’m comfortable saying that now.”

Stephen Curry holds a very unique position within the NBA and it is a position that no one will forget. From fans to coaches and colleagues, everyone knows the dedication he puts forward into his craft. “Emotionally, he’ll take you on a journey,” Bob Myers, general manager for the Warriors, stated. “And I’m not sure that exists for other players. It’s something to behold.”