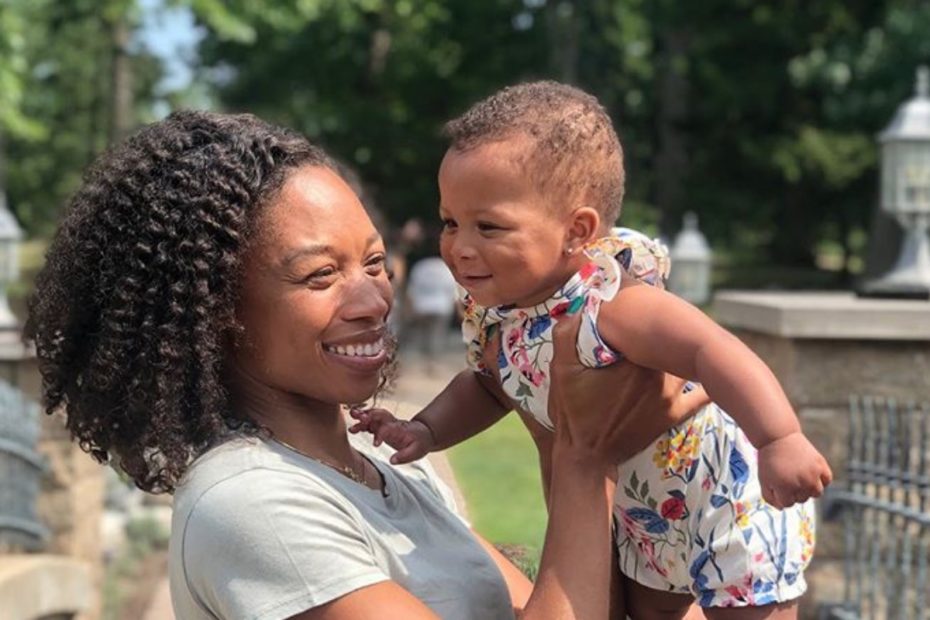 The 2020 Summer Olympics in Tokyo Has Been Postponed, Here’s What 4-Time Olympian Allyson Felix Thinks

For 6,055 days, Allyson Felix has been training for the Olympics. She was 17 years old when she qualified for the 2004 Olympic games and she as 18 years old when became an Olympic silver medalist in the 200-meter race.

She then went on to compete in the 2008, 2012, and 2016 Olympic games. And over the years, Felix has earned six Olympic gold medals and three Olympic silver medals.

And only to add to the list of accomplishments Felix has achieved in the last 6,055 days, she became a mom in 2018 when she and her husband Kenneth Ferguson welcomed a little girl, Camryn, into the world. It was a mere weeks after giving birth that Felix started training again with Tokyo 2020 in her sights.

Now, the 2020 Olympic games have been postponed. And in an honest op-ed for Time Magazine, Felix is sharing her feelings about the decision to postpone the Games due to the pandemic the world is dealing with right now.

“This morning I am feeling alone, afraid and unsure. I, along with the rest of the world, learned that the Tokyo Olympic Games will be postponed until 2021,” Felix began. “At a time like this, it is hard not to focus on the loss, to not think about what could have been. That is something that can be hard about having audacious dreams. Sometimes, you believe so strongly in that dream that you begin to think that you have already earned it, that it is already yours. Until it is taken away from you. This has been a sobering reminder that we are not owed our dreams, those dreams do not come free and you do not accomplish them alone.”

Felix told Time that the Olympics were meant to be the highlight of a difficult two years. As Felix wrote, the last two years have brought a lot of changes and sacrifices. And while some of those changes have been good, they also made it the most difficult years of her athletic career.

“My young family and I moved from Michigan to California for training. My husband gave up his job to be able to support my Olympic dream. My coach, Bob Kersee, has committed to commuting over two hours each day so that we can train closer to my home and 1-year-old daughter. I have so much help in the form of my team of trainers, doctors, agents and managers who all pour themselves into my dream. The sacrifices are real and I think that’s where a lot of the disappointment comes from.”

But yet despite the loss the world is feeling right now, not with just the news of the Olympics being postponed, but with thousands of jobs being put on hold as this health crisis rages on, Felix encourages people to remain hopeful. Because really, that’s all the world has right now.

“There is so much loss happening all around us and it’s hard not to focus only on the negative,” Felix said. “We need to grieve our losses and collectively grieve the losses of others, but we have to hold onto hope.”

And it’s that message of hope that Felix has dedicated herself to since her first outdoor World Championships in 2003. “I’m asked a lot what makes me want to continue on. It’s not gold medals or world records. I’ve woken up each and every morning for the past 6,055 days wanting to send a message of hope.”

And when she learned that the Olympics would be postponed until 2021, that goal of spreading and sharing hope didn’t change. In fact, at 34 years old, it only burns stronger in the mom of one.

“Right now things are uncertain, we are facing tremendous challenges and loss of an unthinkable proportion. But as a global community we have to commit to waking up tomorrow morning and finding a new way to relentlessly pursue our audacious dreams.”

Felix then concluded by telling Time, “I am not sure what the future holds, but my goals have not changed. I still hope to experience the feeling of standing on that podium in 2021 and I hope my journey to try to get back there will inspire you to keep moving forward. Stay safe, stay inside, wash your hands, lead with love, check on each other and be kind. We will get through this, together.”

1 thought on “The 2020 Summer Olympics in Tokyo Has Been Postponed, Here’s What 4-Time Olympian Allyson Felix Thinks”