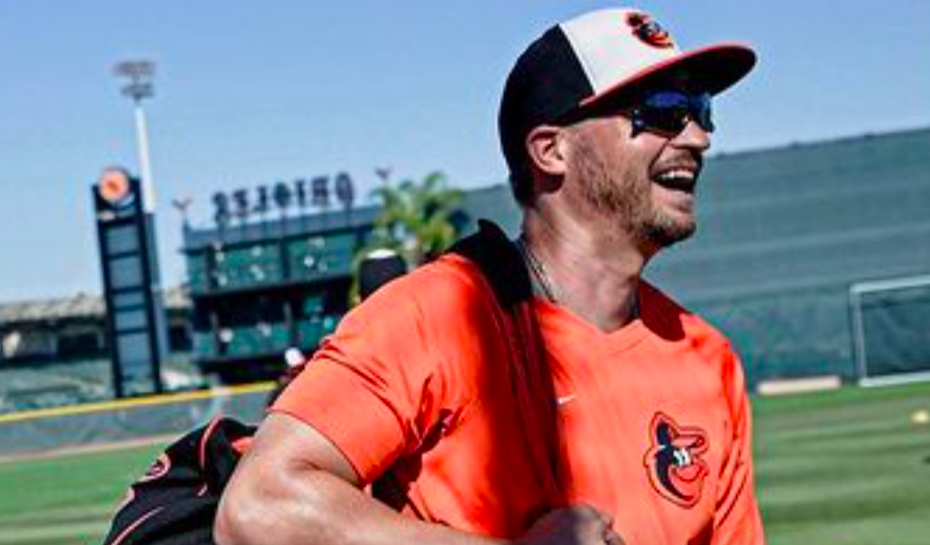 ‘It’s Good To Be Back’: Trey Mancini Reflects On Making Comeback To MLB After Battling Colon Cancer

Trey Mancini is back where he loves to be, the baseball diamond. After undergoing an extremely difficult year in 2020 fighting colon cancer off the field, to now be back swinging the bat and playing the game he loves is something special, something Mancini and all of us can smile about.

RELATED: Watch This: In ‘One Of The Best Moments You’ll Ever See On The Baseball Diamond’, Trey Mancini ‘Got A Hit In His First At Bat Back From Colon Cancer’

On Opening Day, Mancini got one hit and scored a run in a 3-0 win to help his Baltimore Orioles beat the Boston Red Sox.

Opening Day brings about another baseball season. For Trey, it’s also another season of life. On Opening Day, Mancini put his journey into perspective as he started this next baseball chapter.

“During a battle with cancer, there’s going to be good days and there’s going to be bad days,” Mancini said in another recent Instagram post. “However, the motivation to fight it and face it head on will never waver if you are surrounded by an incredible support system. Thanks to my amazing girlfriend, family, friends, and all of you, today was made possible. Here’s to no longer looking back, but instead looking forward to the future.”

The future looks bright for Mancini, his family, and the Orioles. Mancini’s team is off to an undefeated 3-0 start on the season so far. Trey is playing a huge part in that, with three hits, three runs, and three RBI’s.

That’s on the baseball diamond. Off the field, he’s using his platform to “raise awareness for colon cancer!”

“While Olympia (his dog) is trying to figure out what the new addition to our bathroom is, I’m excited to announce that I’ve teamed up with @squattypotty to raise awareness for colon cancer!” Mancini said in an Instagram post. “We are auctioning off 10 autographed Squatty Potty’s to help reach a goal of providing 10,000 colon cancer screening kits in underserved communities. In support of a great cause, Squatty Potty has given me a code to share with you guys. Trey20 gives you 20% off when you place an order on squattypotty.com. Make sure to check out their website, there are several medical benefits!”

“As many of you know, I completed my chemotherapy treatments last week,” Mancini said in the post 26 weeks ago. “I will never have the words to truly express my appreciation for the doctors, nurses, and the entire staff at The Johns Hopkins Hospital. The same goes for the Angelos family, Mike Elias, Brandon Hyde and the rest of my coaches, my teammates, and everyone else in the Orioles organization. And most of all, thanks to @saraperlman for being there for me every step of the way- I love you so much! We are also so appreciative for everyone who has reached out and supported us throughout this entire journey. I am so excited to get back to work, and look forward to a healthy 2021!”

Mancini mentioned how he was really grateful the cancer was caught by a “simple blood test”.

On April 2, 2021, he did exactly that as he was back on the field in a regular season MLB game on Opening Day.

From battling cancer to being back in the big leagues, Mancini’s journey can be an inspiration to never give up! That you can face adversity, whatever you may be facing, head-on.

With the help of faith, family, friends, and support, you can do this!

“One supporter in particular touched the athlete: Mo Gabba, a teenage Baltimore Orioles and Ravens super fan who had cancer since infancy, reached out to check in on him. Gabba died in July (2020)” according to The Today Show.

Prayers up to Gabba’s family, friends, and loved ones.

“His entire life he was in the hospital going through chemotherapy treatments, and he never ever had a bad attitude or felt sorry for himself,” Mancini said according to The Today Show. “I tried to emulate how he was every single day. He really inspired me.”

May Gabba’s legacy live on.

You can hear more from Mancini on The Today Show here.