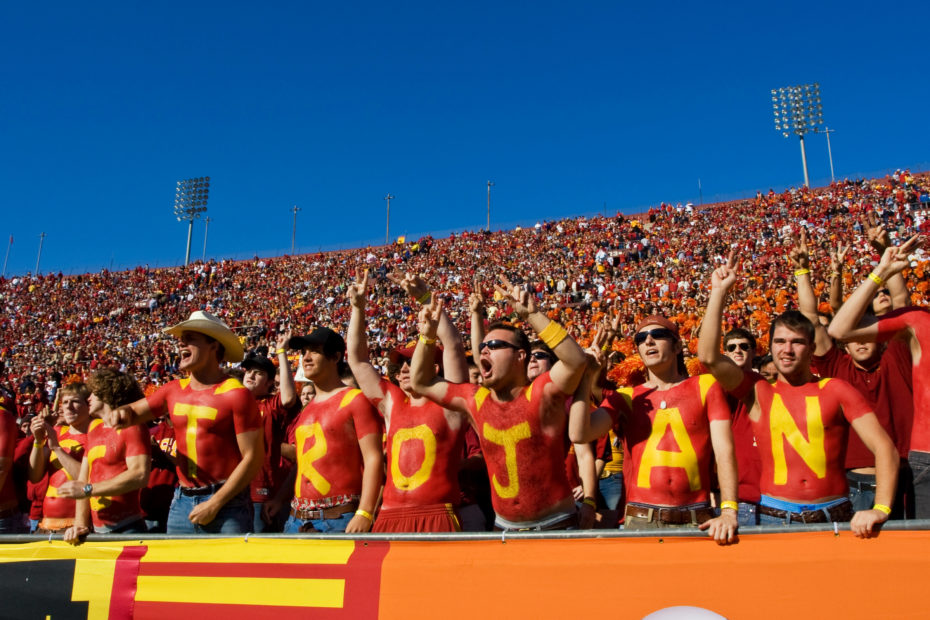 The University of Southern California (USC) issued an apology to Brigham Young University (BYU) after students were heard spewing “anti-Mormon” sentiments during their football game.

“F— the Mormons,” was chanted from the stands of LA Memorial Stadium during the November 27th game. Directly taking a stab at the religious affiliations that BYU is tied to, the USC administration was not happy with the students and fans that made these proclamations. “The offensive chant from our student section directed towards BYU during the football game last night does not align with our Trojan values,” the school shared on social media.

As the sentiments that USC fans shared could have been perceived as offensive by members of The Church of Jesus Christ of Latter-day Saints, the religious organization that owns BYU, the California-based school wanted to ensure the public that their campus is accepting of all backgrounds. The school concluded their apology with the phrase, “It was distasteful and we apologize to the BYU program.”

In addition, the USC defensive line coach Vic So’oto who is an alumnus of BYU issued his own apology directed at his alma mater. He wrote, “I did not hear the chant but I know it does not reflect the Trojan family that I’ve come to know and love. Sincere apologies from an alum @BYU @BYUfootball @kalanifsitake @TomHolmoe. All love. Hard fought game.”

USC Trojans discuss being proud of their team

Despite being the subject of the distasteful sentiments, this didn’t stop BYU from ultimately defeating their opponents with a score of 35-31.

Yet, the student-athletes of USC were proud of the athletic performance they put forward. Defensive lineman Nick Figueroa reported to the Los Angeles Times, “We played with pride and that’s something that’s been lacking. Moments like today give us hope for the future. I hope that everyone on this team understands we can play with whoever we have to play with, but it takes more and it feels a little bit different when you walk away from that game.”

The USC quarterback, Jaxson Dart, held similar sentiments. “There are a lot of things that look good coming off this,” said Dart. “There’s a lot of the young guys that stepped up and made big plays and I think our team is going to build on that young energy and I think we have a bright future.”