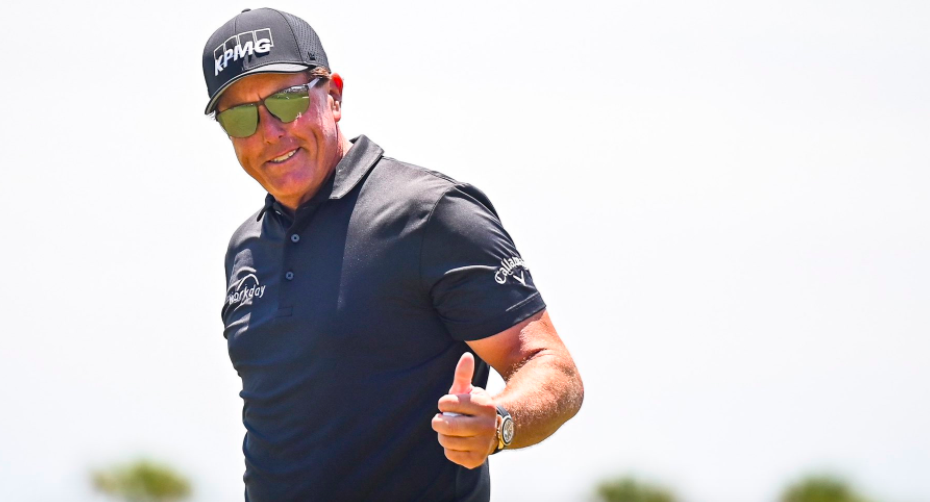 Find Out Who Inspires Phil Mickelson… Hint: He Just Won Another Super Bowl

In order to be the best at your given field, whether that be in sports, media, theatre, accounting, education, wherever, it requires that drive to be great, that strong work ethic, and even wanting to learn from the best.

Whether that be a highly-respected coach or a peer you’d appreciate gaining insight or wisdom from, there’s multiple ways to continue growing to be great at what you do, in life, in business, in family, in your profession.

What Phil Mickelson does best professionally is golf as he’s won a lot throughout his career. More times, actually, than his age. With 45 PGA Tour wins, four international wins, and three additional wins, count that as 52 tournament victories.

The most recent, the PGA Championship, where at “50, (he won and became the) oldest major champion in golf history” per ESPN.

Amidst the 52 wins, the struggles, the good times, the bad times, the success, the failures, the peaks, the valleys, you just have to keep going.

Phil has chosen to keep going in golf. And, after winning the PGA Championship in historic fashion, he talked to ESPN’s Gene Wojciechowski about the match and ‘The Match’.

“So, I’m very inspired by Tom Brady,” Mickelson said to ESPN. “He’s actually a big motivation because of how hard he works to be the best and to elongate his career.”

It’s evident Phil has also worked hard to be the best in his game as he can say he is this week after winning the tourney. And it’s evident that he wants to continue to elongate his career.

“The biggest thing that I’m going to take away is that there’s no reason why at an older age you cannot be at your best,” Mickelson said to ESPN about winning the tournament. “It just takes a little more work. And i believed it for a long time…I wasn’t getting the results but I believed it and I had people believe in me. It just takes a little more work.”

Putting in a little more work. That is something Tom knows a thing or two about, winning at the highest level in your sport no matter what year in the profession you’re in.

The PGA Tour mentioned a fun fact: “Since teaming up for The Match, @PhilMickelson and @TomBrady have each made history. Oldest player to win a major. Oldest QB to win a Super Bowl.”

Mickelson responded to Brady, saying: “We have some unfinished business. Let’s get another match and find a pair to give a beat down.”

“…I want to partner with him again in a match and win because we didn’t win last time,” Mickelson said to ESPN. “We lost on the last hole. I want to do another match with him because spending time with him, it’s inspiring but also i learn a lot.”

Having a good support system surrounding you can be crucial in helping encourage you to be the best you can be with them even seeing you for who you are and who you could become. That support system could also be those in your field, or similar field (from golf course to NFL field in this case), whom you want to learn from.