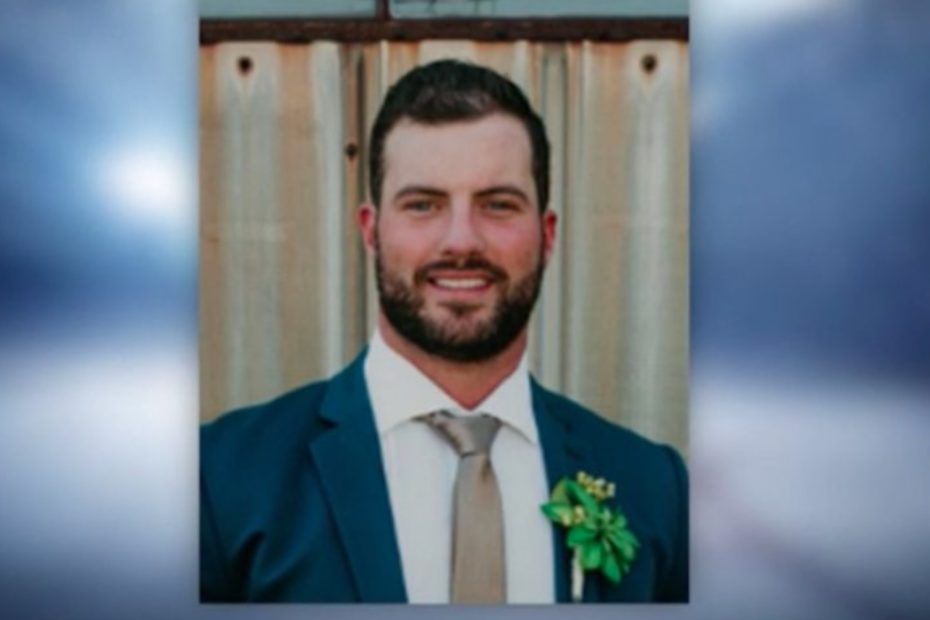 A 29-year-old hockey coach from Texas has passed away just days after unknowingly contracting COVID-19. During an interview with Tyler Amburgey‘s wife, Aimee Amburgey told The New York Times that Tyler just assumed he had a common cold.

Contracting a cold during the summer months wasn’t anything new for Tyler, who was used to running in and out of cold hockey rinks and the warm Texas weather with the team he coached; a team who had several cases of COVID-19 plague their season before practices were canceled as Tyler became ill.

One the first days Tyler began feeling ill, he experienced a bought with nausea, Aimee explained. He then began to experience other symptoms like sleeplessness, shortness of breath, body aches, and migraines over the next two days.

By day three, Aimee had taken their daughter to swim practice. When she returned, she found Tyler unconscious in their home.

Aimee quickly called 911 while their neighbor performed CPR. Sadly, Tyler could not be revived. Along with being positive for COVID-19, WFAA reports that the sleeping pills Tyler took to get some rest on the day he passed, also compromised his oxygen levels.

“He was a great guy, and loving husband and a loving father,” Aimee told WFAA.

Tyler and his family weren’t aware he was positive for COVID-19 until after his passing, his grandfather, Paul Hinds told the Journal Star. Tyler had been a hockey coach for the last four years, after retiring from the sports as a professional player in 2016.

“Hockey meant everything to him,” Aimee told The New York Times. “When he got a new pair of skates, he was like a kid at Christmas. You never saw anyone so pumped up about new equipment, even shin guards.” Following years of playing the brutally physical sport, Tyler also began experiencing memory problems.

RELATED: The Rock Reveals His Whole Family Has Tested Positive for COVID-19

As a result of that, following his death, his brain was donated to the CTE Center at Boston University, to determine if the cause of his memory issues was the result chronic traumatic encephalopathy, The New York Times reports.

Amburgey is survived by his wife, his daughter, Rylee; his sisters, Ashleigh Huntsinger and Caroline Miller, his brother, Jordan, and his parents. Our thoughts and prayers are with Tyler’s family during this difficult time.