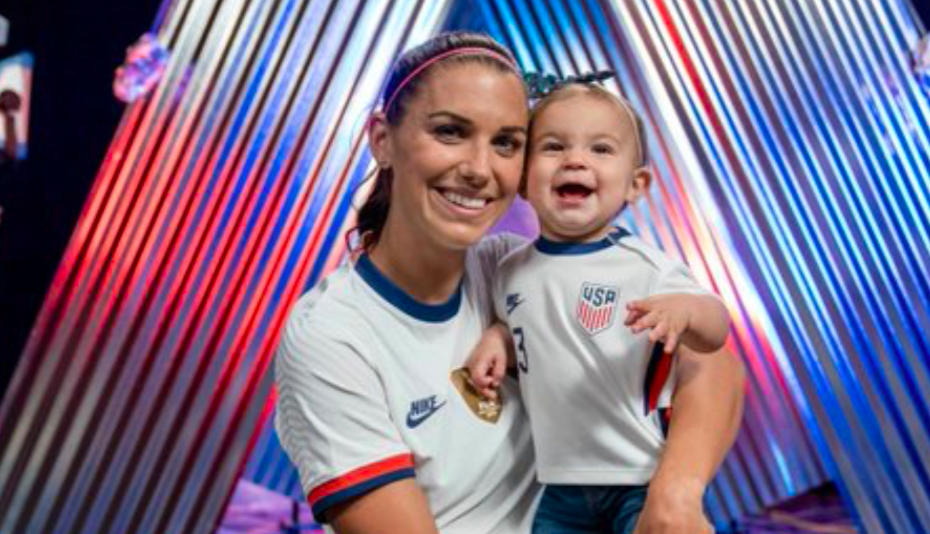 ‘Definitely Not A Regular Mom’: Alex Morgan Scores First Goal In US As A Mother With US Women’s National Team

‘Definitely Not A Regular Mom’: Alex Morgan Scores First Goal In US As A Mother With US Women’s National Team

You can associate goals with Alex Morgan in her career as they usually go hand-in-hand.

And that hasn’t changed since becoming a mother! Yeah, not only is she a mother to Charlie, who’s scoring overseas across the pond with Tottenham Hotspur F.C. Women, she has now scored on U.S soil.

It just so happened to be in a really big game, the She Believes Cup championship.

“Loved getting my first US goal at home in Orlando,” Morgan said retweeting a US Women’s National Team (USWNT) Tweet. “Thanks for all the love this tournament.”

That goal gave the team would a 5-0 lead and the US would end up winning 6-0 over Argentina to get the “back-to-back” She Believes Cup title (per USWNT).

Not only did that goal help her team get the win, it also was historic in passing up Michelle Akers to be fifth on the USWNT all-time scoring list with 108 goals according to the USWNT.

“Congrats on your 108 @alexmorgan13!” Akers said in a Tweet. “And for becoming the 5th all-time #USWNT goal scorer. It is an honor to be left in the dust by your superstar performance…and I celebrate your success and the legacy of our #USWNT. Looking forward to goal 109 and beyond #goUSA”.

“Thanks @MichelleAkers10 the real OG the real BOSS the real (GOAT)!!” Morgan responded to Akers in a retweet.

But, the grind doesn’t stop there at the She Believes Cup. The tournament was played at “Exploria Stadium in Orlando, Florida, home to the Orlando Pride of the NWSL” per US Soccer.

Take a wild guess who’s on that Pride team?

“Back to work with @ORLPride now!” Morgan said.