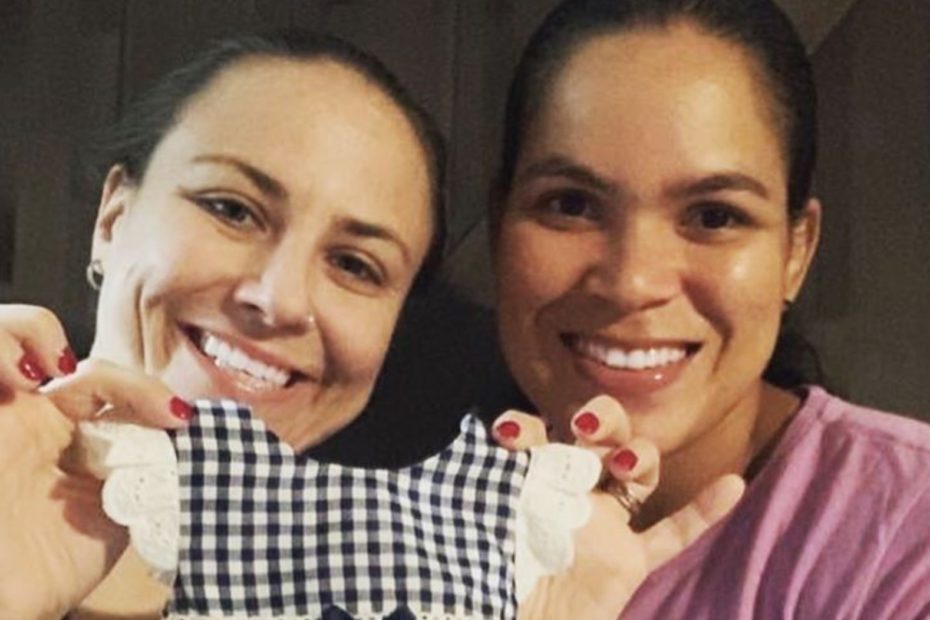 UFC’s Amanda Nuñes and Nina Ann Nuñes Are Getting Ready to Welcome First Child Together, But They Have Differing Opinions on When to Return to the Octagon

UFC’s Amanda Nuñes and Nina Ann Nuñes Are Getting Ready to Welcome First Child Together, But They Have Differing Opinions on When to Return to the Octagon

Thirteen weeks ago, in March, UFC fighters, Amanda Nuñes and Nina Ann Nuñes announced that they are expecting their first child together. As Nina explained in their announcement post on Instagram, she is carrying their child, but also plans on returning to UFC following the birth of their little one.

The couple also revealed that they are expecting their baby girl to make her arrival sometime in September. And that they have already decided on a name—Raegan Ann Nuñes.

“I am excited to announce that Baby Raegan Ann Nunes will be here mid-September,” Nina wrote on Instagram. “I cannot wait to meet her! I am carrying and still plan on fighter after she is born.”

And in a new interview with TMZ Sports, while Nina hopes to return six months after giving birth to Reagan, Amanda wants her to sit out a whole year. “In 3 months, [our baby girl’s] gonna be here and I plan on fighting 6 months after that. Amanda says a year, but I’m giving 6 months.”

And while Amanda things six months is just “too soon, ya know?” Nina has continued to train throughout her pregnancy and believes she will be ready 24 weeks postpartum. And as At The Buzzer previously reported, if you ask fellow UFC fighter Mackenzie Dern, she’ll tell you it’s more than possible.

Just four months after giving birth to her daughter, Moa, the mom of one impressively got back into the gym and felt prepared enough to return to the octagon on October 12, 2019, to fight fellow UFC fighter, Amanda Ribas.

Although she lost, Dern told TMZ that she “felt good for the fight. I was prepared. I lost but ya know I don’t think it was because it was too soon. I think Amanda was just better than me that night and she came out with the win and I came out with the loss and that’s it.”

Nina shared a video of her training and staying in tip-top shape at six months pregnant. “Can’t stop won’t stop,” she wrote.

Congratulations to the Nuñez-Ansaroff family and to Nuñez herself who became the 1st 2-division UFC champion to successfully defend both titles on Saturday.