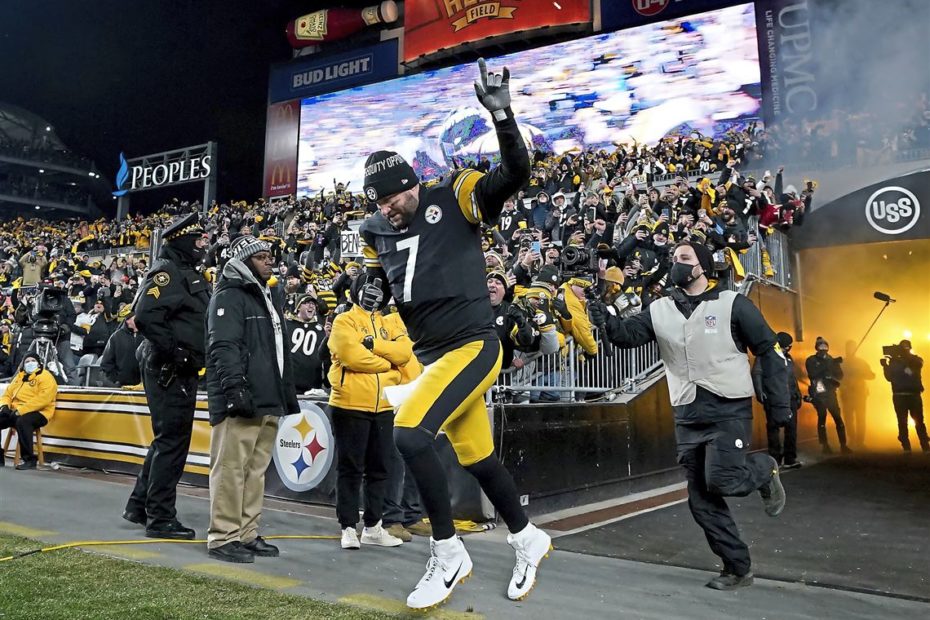 After a storied career for the Pittsburgh Steelers, Ben Roethlisberger has officially announced his retirement from football. He spent 18 seasons in the NFL and will retire as one of the greatest players in Steelers’ history and one of the greatest quarterbacks in NFL history.

Roethlisberger had been hinting at his retirement for several weeks and many were expecting this day to come, especially with how the season ended. The Steelers fought hard and earned themselves a spot in the playoffs, but it was clear Roethlisberger was limited physically.

His final home game at Heinz Field was on January 3rd against the Cleveland Browns. It was a Monday night game that ended in a 26-14 Steelers’ victory. Roethlisberger went 24-46 with one touchdown and one interception. He finished his career with 165 wins as starting quarterback.

His final NFL game was on January 16th, a wild card matchup with the Kansas City Chiefs. Big Ben finished the game 29/44, 215 yards, and two touchdowns – a 13-yard pass to Diontae Johnson and a 15-yard strike to James Washington. He had a 13-10 record in the playoffs.

Roethlisberger made the announcement in a heartfelt video uploaded to Twitter on Thursday morning. “The time has come to clean out my locker, hang up my cleats and continue to be all I can be to my wife and children,” Roethlisberger said. “I retire from football a truly grateful man.”

Is Ben Roethlisberger a Hall-of-Fame Player?

With Ben Roethlisberger retiring, everyone is now wondering whether or not his career was worthy of a Hall-of-Fame induction. While that largely depends on how the 16-person selection committee thinks of his accomplishments, it’s obvious that he’s a Hall-of-Fame candidate.

As for the Pittsburgh Steelers, losing a Hall-of-Fame quarterback isn’t going to be easy. The 2022-23 season will be the first time he isn’t on the team roster since 2003 – the year before the team drafted him 11th overall. At the same time, it could be exactly what the team needs.

After 18 years, it was clear that Big Ben couldn’t physically do what he has done his entire career. It was holding the team back in a variety of ways and they can now focus on the future and find themselves another franchise quarterback to lead them to sustained greatness.

YOU MAY ALSO LIKE: Statue of Gianna & Kobe Bryant Erected at Crash Site

As of right now, the team has Mason Rudolph and Dwayne Haskins under contract. Neither of these two quarterbacks has what it takes to succeed Big Ben. With that said, it’s clear the team will need to look at free agency or the draft to find their next quarterback for the future.

Until then, we wish Ben Roethlisberger a happy retirement and continued success with whatever he has planned for himself and his family.