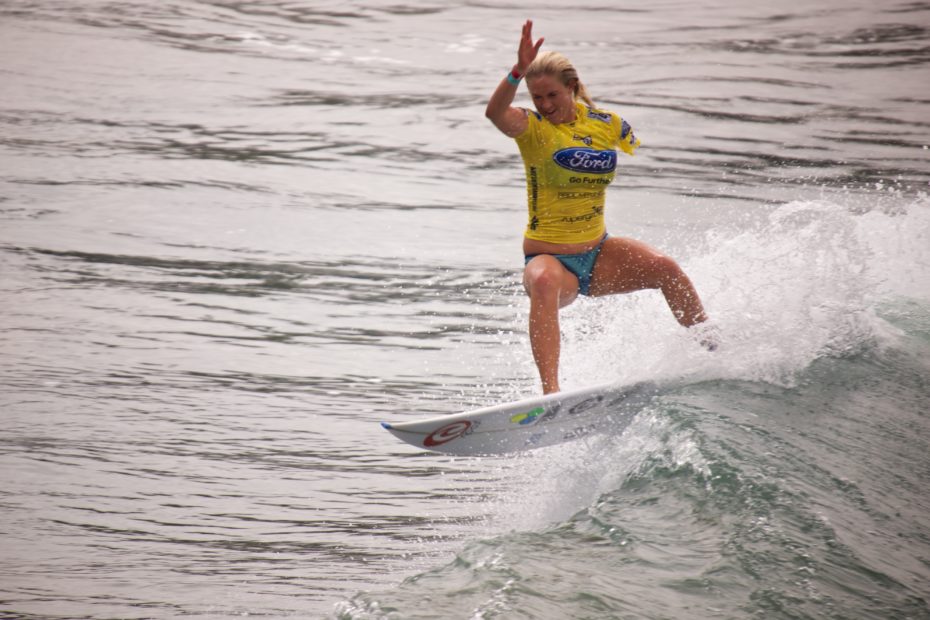 Bethany Hamilton, a professional surfer who made headlines after she lost her left arm in a shark attack, released her tenth book entitled Surfing Past Fear.

Hamilton’s story reached millions of households in the early 2000s when she was attacked by a 14-foot tiger shark while surfing along Tunnels Beach, Kauai. The shark bit her left arm off right below the shoulder and she was immediately rushed to a nearby hospital.

Despite the harrowing incident, Hamilton, who was only 13 at the time, was determined to return to the water. Not letting anything stop her, not even losing an arm, she was back on a surfboard only one month after the accident.

Her story has been told for nearly two decades after the shark attack, which has included countless talk show appearances, magazine features, and most famously, the 2011 movie Soul Surfer. However, the movie was based on the first book Hamilton ever wrote, Soul Surfer: A True Story of Faith, Family, and Fighting to Get Back on the Board.

The autobiography details her life before the accident, the shark attack itself, the actions she took to recover as swiftly as possible, and her desire to return to surfing.

The surfer, who is now 32 and the mother of 3 children, has been telling her story for years. To this day, she is using her platform to promote and inspire young people to pursue their dreams. Most recently, she released the children’s book Surfing Past Fear, which aims to inspire young girls to overcome life’s challenging obstacles.

Bethany Hamilton hopes to inspire young girls with ‘faith, rather than fear’

The book, which is illustrated by Martín Morón, tells the story of Olivia, a young girl who breaks her arm and fears she will not be able to surf during the summer. According to the book’s description, “With the help of her friends, Olivia learns to face her fears and gets back on the board.”

“I’m so excited for everyone to be able to experience this story, and I pray that it encourages you to be resilient and adaptable when life isn’t perfect and to live in faith, rather than fear,” Hamilton said of her most recent project.

The surfer also explained that the book is especially important because it also teaches parents important lessons about their children. “We as parents don’t always have the right words to say or don’t always know how to approach different situations,” the surfer explained.