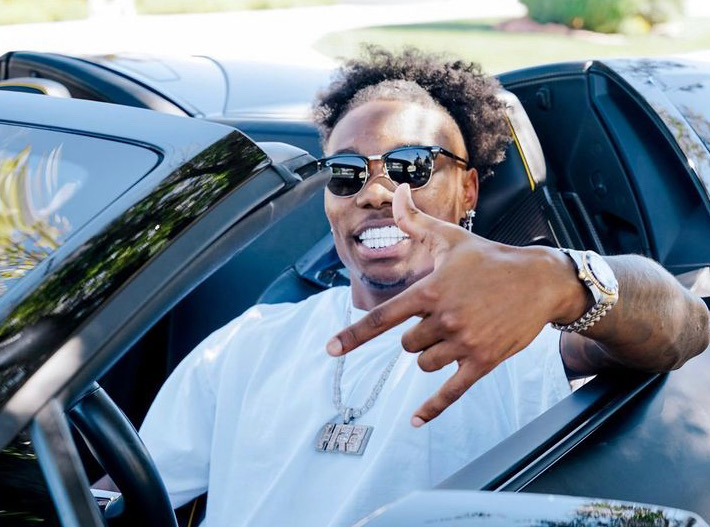 Former wide receiver for the Las Vegas Raiders, Henry Ruggs, is expected to be charged with a DUI which left one woman deceased.

The 22-year-old was reportedly driving his Chevrolet Corvette at speeds of 156 MPH while two times over the legal blood alcohol limit when he collided with a Toyota RAV4. Inside the vehicle was Tina Tintor, who unfortunately lost her life once the car was engulfed in flames.

However, defense attorneys David Chesnoff and Richard Schonfeld offered an argument in a court hearing that was released on Wednesday. The lawyers stated, according to ESPN, “Firemen did not attempt to extinguish the fire at Ms. Tintor’s vehicle for approximately 20 minutes at which time the entire vehicle was engulfed in flames.”

Ruggs’ attorneys are currently in the process of seeking out Clark County Fire Department records about the collision and fire. Despite their pursuits, county correspondent Erik Pappa has rebutted with his own argument that there were, “no delays in response or in the attack on the fire.”

“The captain on the scene reported that the vehicle was fully involved in fire upon arrival and the passenger compartment was not survivable for anyone inside,” the statement read.

While Ruggs has already been charged with a felony DUI resulting in death, an additional charge could be added to his name for also possessing a firearm while intoxicated.

“The evidence supports a second felony DUI charge,” Clark County District Attorney Steve Wolfson shared with the media. He additionally included, “We believe that Mr. Ruggs’ girlfriend [Kiara Je’nai Kilgo-Washington] was substantially injured, and under Nevada law, if one is substantially injured in a DUI collision as a result of the defendant’s actions, we can file a second charge.”

The NFL star is expected to face at least two years of mandatory jail time but could see upwards of 50 years if all charges are prosecuted. As of now, he is at his home, out on a 150,000 bail in which. he cannot leave the house and is checked for alcohol four times a day.

Chesnoff and Schonfeld have had no further comment on behalf of their comment, claiming their silence is needed to build credit for the investigation.