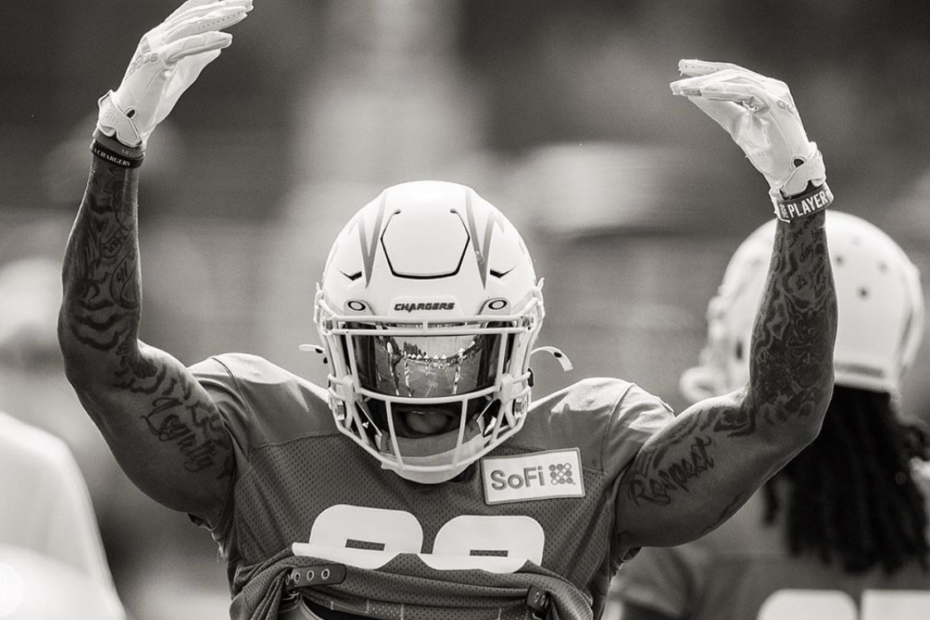 It was announced on Monday that Derwin James would undergo knee surgery. James suffered a meniscus injury during Saturday’s practice and will now need surgery. James will need six to eight months to recover; therefore, he will miss the entirety of the NFL season.

Losing Derwin James is a gigantic hit for the Chargers and their defense. The First Team All-Pro safety was one of the few bright spots on this Los Angeles defense last season. James had a shot at winning defensive player of the year in 2020, but he will have to watch the Chargers from the sideline.

After losing long-time quarterback, Philip Rivers, the Chargers are in a bit of a transition year, and they really could have used a veteran presence on the team. While they can turn to veteran edge rusher, Joey Bosa, for leadership on a lackluster Chargers’ defense, Los Angeles may look to free agency for their temporary replacement for James.

The Baltimore Ravens released First Team All-Pro safety, Earl Thomas, after a history of behavioral issues on and off the field, starting before Thomas was on the team, culminated in the punching of a fellow teammate, Chuck Clark. After the Dallas Cowboys had made it clear that they will not be pursuing Thomas, I would not be surprised if he wound up on the Chargers.

I do have my concerns with Thomas’ behavioral issues, but the Chargers have nothing to lose by signing the safety to a one-year contract.

While it would be a huge improvement to have Earl Thomas over their current strong safety, Rayshawn Jenkins, an aging Earl Thomas pales in comparison to Derwin James.

Derwin James’ injury has created another hole in the Chargers’ lineup, but his shoes will be harder to fill than any other absentee from this roster.