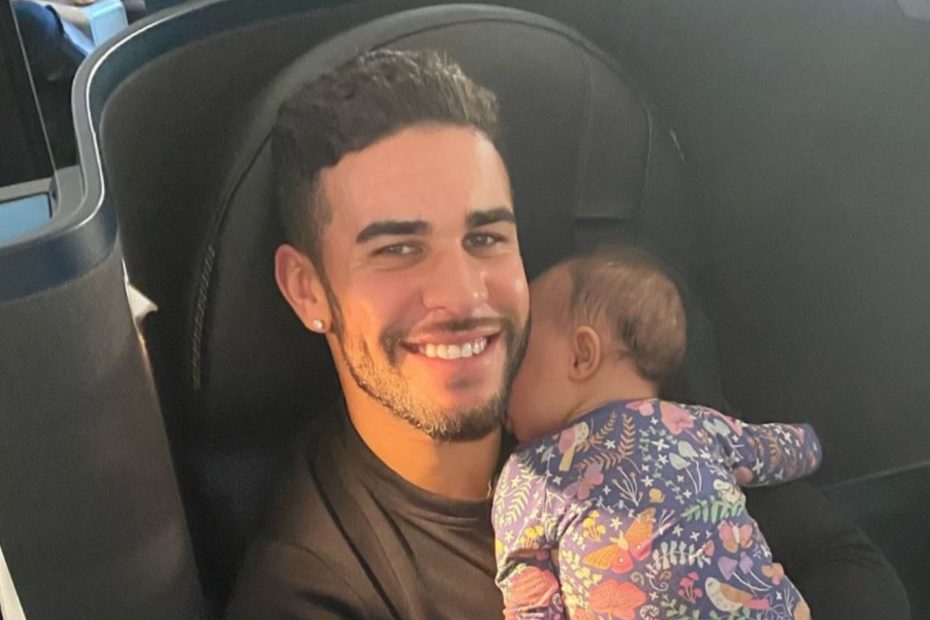 Dom Dwyer Talks Parenting, His Soccer Career, and Juggling It All During the Coronavirus In New Interview

Dom Dwyer Talks Parenting, His Soccer Career, and Juggling It All During the Coronavirus In New Interview

Dom Dwyer and Sydney Leroux are quite the pair. Not only are the two mega soccer stars but they both play for Orlando and they are both parents of two little ones who adore them greatly.

And in a new interview with People, Dom is opening up about how different Father’s Day will be this year due to COVID-19. As Dwyer told the magazine, usually Father’s Day is celebrated via a FaceTime call as he is usually in the thick of the soccer season.

However, this year, he gets to spend it with his two children, 1-year-old daughter Roux James Dwyer and 3-year-old son Cassius Cruz Dwyer. “Depends if we’re training, honestly,” Dwyer told people of his Father’s Day plans.

“That’s the life of a professional athlete. You get used to saying goodbye to holidays. So hopefully I get some time with the kids.” The proud dad also talked about how it’s been interesting it’s been adapting to his new way of training due to the pandemic and how he’s had to balance that with being a parent.

“We have lots of new restrictions with how we train. So I think that makes things more difficult and maybe prolongs the time a little bit more.” Meaning both he and Leroux are “away from the kids for a bit longer.”

And because he is grateful that they are still able to work, adding that “there are people who are in much, much worse situations,” Dwyer and Leroux are “just staying positive and trying to take care of each other.”

And how are they do that? “We’ve spent a lot of time together cooking and trying to learn new skills and stay busy and try and control our two animals.” And they’ve also been focusing on their kids, who are quickly growing into their own, as well.

“We’ve mostly been getting on with our lives as regularly as we can. [We are] evolving as our kids evolve and trying to teach them new skills — whether it’s painting or playing Mario Kart — we’re trying to have a nice balance and keep smiles on their faces.”

The proud father, who is partnering with Similac and its Promises Project, which creates supportive and inclusive communities to help parents stay connected and have a positive outlook on parenting, also opened up about his son, who hopes to be just like him one day.

However, while he hopes Cassius continues to want to follow in his footsteps, he admits that he’s also trying to show him there are other paths in life he can take.