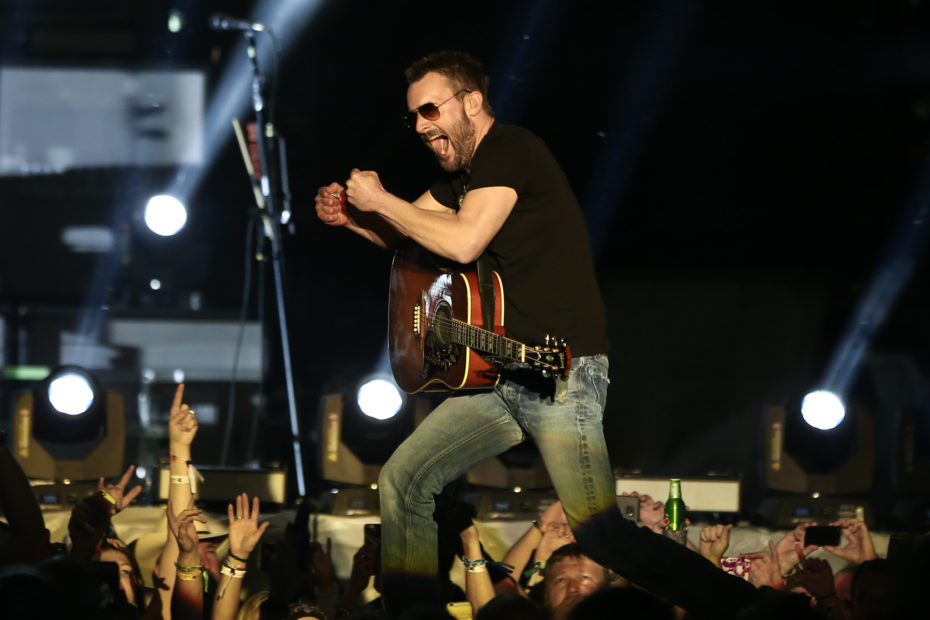 Country star Eric Church recently announced that he would be canceling his San Antonio sold-out show so that he could watch the NCAA Final Four Tournament.

Last Saturday, the 44-year-old singer-songwriter was expected to play a show for fans in Texas. However, the date fell on the same day as the historic NCAA men’s basketball tournament. As a longtime fan of North Carolina, Church felt it was necessary to watch the school go head to head against Duke University.

“As a lifelong Carolina basketball fan, I’ve watched Carolina and Duke battle over the years but to have them matchup in the Final Four for the first time in the history of the NCAA Tournament is any sports enthusiast’s dream,” he wrote in a statement to fans, announcing that the San Antonio show would be canceled.

Church explicitly stated at the time, “This Saturday, my family and I are going to stand together to cheer on the Tar Heels as the team has made it to the Final Four.”

“This is also the most selfish thing I’ve ever asked the Choir to do: to give up your Saturday night plans with us so that I can have this moment with my family and sports community,” he acknowledged, noting that his motivation came from a place of selfishness.

While many fans were divided on the topic, some forgiving Church for his desire to go to the game and others angered by him ruining their weekend plans, the country singer came up with a remedy that would make up for his Saturday absence.

“Thank you to San Antonio for letting me take my family to this game. It took a minute to figure out how and when I could properly express my thanks,” Church relayed to his audience on Instagram. He went on to share that he would be returning to Texas in early September, but fully refund those who were planning to attend the original show.

“I will be coming to Whitewater Amphitheater in New Braunfels, TX on Friday, September 2nd, 2022 for a ONE of a kind FREE show for those of you who bought tickets and were planning to attend our canceled San Antonio show,” the singer announced.

With more details to be announced, Church fans are certainly ecstatic over this compromise.