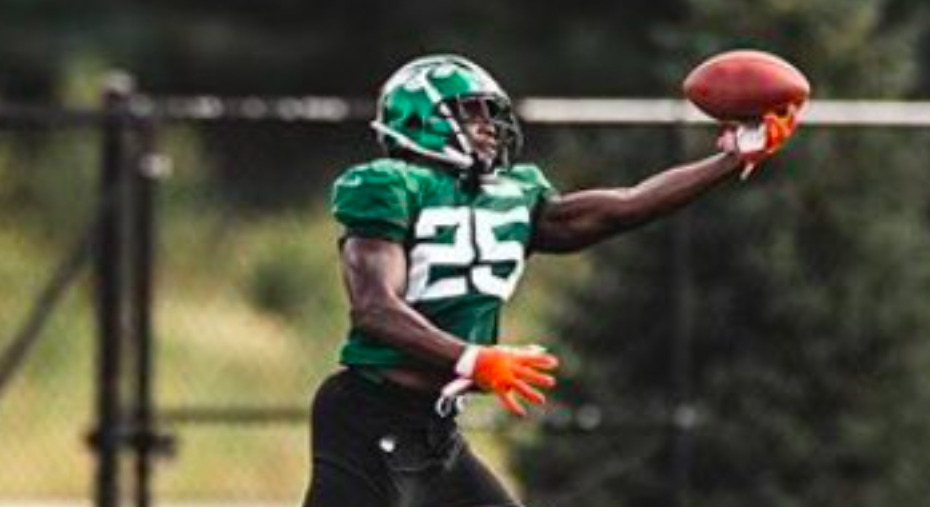 Frank Gore is your consumate professional, dependable, talented NFL running back. A veteran in the league, Gore’s played 16 NFL seasons so far.

RELATED: ‘It’s A Huge Relief For A Lot Of The Guys In The Locker Room To Get This Win’, After 14 Games, Jets Finally Get First Win Of The Season

And get this stat:

A five-time Pro Bowler and on the Pro Football Hall of Fame 2010’s All-Decade team, Gore was drafted by the San Francisco 49’ers in the third round of the 2005 NFL Draft.

Last season he suited up with the J-E-T-S, New York Jets. Prior to that he had one-year stints with the Miami Dolphins, Buffalo Bills, and a three-year stint with the Indianapolis Colts. This, of course, was all after playing a decade with the 49’ers.

If Gore comes back for year 17, which is plausible, what team do you have him on?

This fan wants the running back with a guy you know by the name of Tom Brady who’s been slinging footballs and winning Super Bowls in the NFL for more than two decades.

“We need Gore in TB with Brady,” @maximus8911 said in reply to Gore’s retweet of Patrick Willis’ happy birthday greetings to Gore. “Two oldest at their positions. Happy BDay Frank.”

More fans also replied to that retweet, wishing Gore a happy birthday on May 14:

If Gore does come back for a 17th season, CBS NFL’s Jeff Kerr reports that “no running back has ever recorded a carry at the age of 38 (with records first kept in 1950). There have been three fullbacks to record a carry at that age — Lorenzo Neal, Fred McAfee, and Tony Richardson — and neither have logged over five carries in their age-38 season. Gore could beat that mark in a single game if he plays in 2021, especially since he recorded 187 carries last season — at the age of 37.”

Kerr also points out that “For all football players, the record for rushing yards in an age-38 season belongs to Doug Flutie — who rushed for 153 yards in the 2000 season. The most rushing touchdowns for a player in his age-38 season was Josh McCown with five (2017). Notice both players are quarterbacks…Gore has the most rushing yards (7.161) for a player over the age of 30. Playing at 38 would already add to his Hall of Fame career.”

Do you think Gore will end up playing this year and if so which team do you think he’d be playing on? Let us know in the comments!