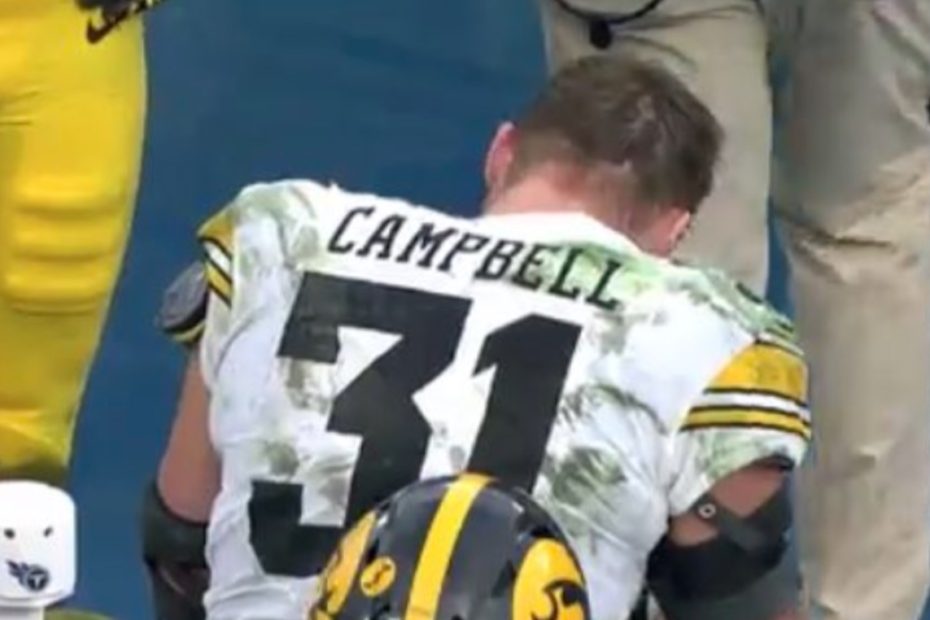 “The grandfather of Iowa football player Jack Campbell passed away late Friday evening following a vehicle-pedestrian accident,” sports journalist Matt Jones shared in a statement. He added the sentiments, “God Bless him and his family.”

William Smith Jr., the grandfather of the college football athlete, was hit by a hotel passenger van in Nashville, according to The Tennessean. There were 8 total passengers in the van, all of whom were not injured during the collision. Smith stepped onto the road at approximately 10 p.m. prior to being struck by the vehicle and was then transported to Vanderbilt University Medical Center. He died under medical supervision at the age of 76.

According to MNPD spokesperson Don Aaron, the police do not plan on filing charges against the driver of the van.

“Our hearts are with Jack and his entire family as they grieve the tragic death of their grandfather and father, William Smith, Jr.,” said Iowa coach Kirk Ferentz in a statement released by the school. “We know Mr. Smith was a strong influence on his grandson and a faithful Hawkeye football supporter. All of us – players, coaches, and staff members – will keep the Campbell family in our thoughts and prayers during this profoundly difficult time.”

The accident occurred prior to the Music City Bowl game, and Campbell’s parents decided it was best to wait until after the match to let him know the tragic news. According to the school, his parents made the decision, “so that Jack would have one last time to play with his lowa Hawkeye teammates.”

During the game, Campbell helped lead his team to a 21-0 over Kentucky at Nissan Stadium. In the midst of his final college football game, he recorded 10 tackles, including two for loss, and a sack. In December, he became the first Hawkeye to receive the Kicks Butkus Award, which is annually granted to the top linebacker in college football.

In addition, the football player ranked second in the Big Ten Conference with 145 tackles across 12 games. To tie all of his significant accomplishments together, Campbell was also named to the first team AP All-America.