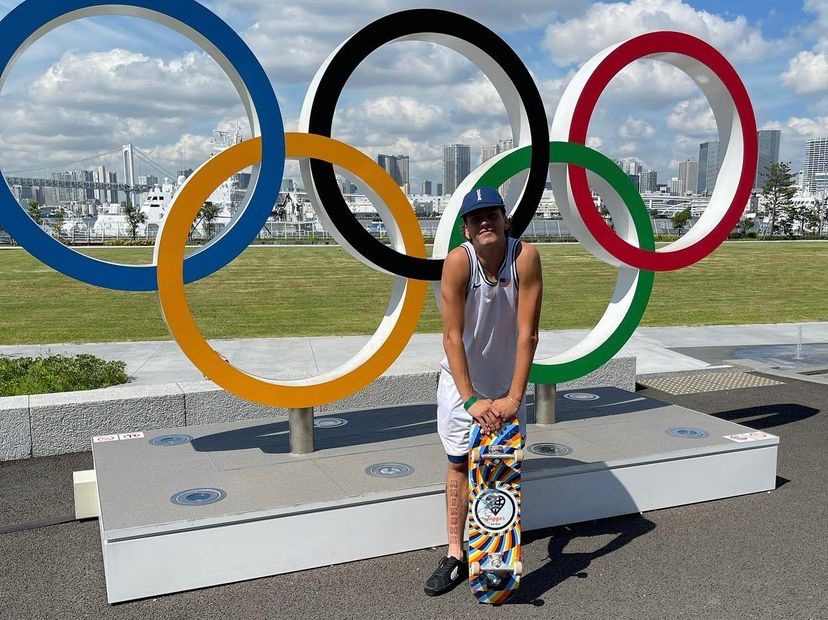 In the early 2000s, never in a million years did anyone ever think skateboarding could be viewed as an Olympic sport. Despite the fact that skaters were passionate, had dedicated hours to practicing and landing difficult tricks, and had immense talent, skateboarding was viewed by outsiders as a simple hobby that tore up the sidewalks of towns and cities

For young Eaton, it was much more than that. When he was gifted his first skateboard 14 years ago on Christmas, Eaton describes learning to skate as a life-changing event. “I was amazed by how much fun and freedom it gave me: Just immediately, I was able to make all my own decisions as a kid and it made me so happy,” said the skater to reporters following his historical win, according to People.

After years of fighting for respect, skateboarders were given the first chance to exhibit an Olympic performance. Skateboarding has just made its Olympic debut in the 2020 Summer Games, and Jagger Eaton is among the first skaters to ever skate an Olympic park. Amazingly, Eaton was the first-ever American skateboarder to be awarded a medal.

After so long, he can officially say his dream has come true. Eaton stated, “I grew up thinking that that wasn’t going to be possible. And when it was possible, my whole goal was to be on the podium on the first launch,” before adding, “And that’s why this one means so much to me.”

Nyjah Huston and Jake Ilardi, who also competed in the street skating competition, fell behind in their scores due to repeatedly falling. However, Eaton still made it clear that he has nothing but love and respect for his fellow skaters.

RELATED: What Have Michael Strahan & His Twin Daughters Been Doing After Being Quarantined Apart and Following News of a Bitter Custody Battle

“For all the teammates, man, we’re all bros. We’re all about to go right back to the [athletes’] village and sleep again, right in the same rooms,” said Eaton. “And it’s all love. I mean, if this were Nyjah or Jake, it would all still be love. It would be love either way. And that’s the best thing about skateboarding is that all these guys are my friends and I don’t think a lot of sports can say that.”

How did Jagger Eaton respond to his big win?

After breaking out into a large smile, more likely than not in shock, the young skater FaceTimed his dad roughly 10 minutes after his win. He went on to explain to reporters that family is a large reason as to why he has made it as far as he has in the world of skating.

“I just started yelling. I don’t know, really — I don’t know if I made out words, I just started yelling and I was so hyped and I’m so hyped because my whole family worked so hard for this, too,” explained the Arizona native. He additionally added, “It was such a team effort. Like if anybody thinks that they did this by themselves, I mean, they didn’t. This is such a team effort to get to this level of sport and be able to be on a podium.”

When asked what he plans to do next with himself, the legendary Eaton couldn’t help but let out a small laugh and say, “Beat my dad and 18 holes of golf when I get home.”