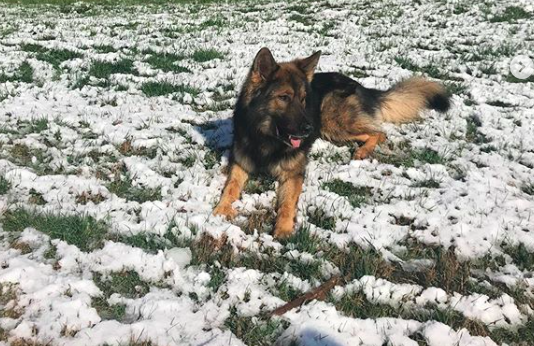 This isn’t your ordinary missing dog request stapled to your local telephone pole. This is an Instagram post by retired NFL quarterback Jay Cutler, who is asking his followers for help finding his missing dog.

Cutler said his missing dog, Bane, who is an 80-pound German shepherd, was last seen in Old Hillsboro in Franklin, Tennessee. However, when Bane was last seen is rather unclear.

The former quarterback and dog owner said he’ll give a $1,000 reward to whoever makes his return possible. Jay Cutler’s Instagram handle is @ifjayhadinstagram. Well, if Jay had Instagram, he’d post this missing dog request.

“Ok Instagram it’s time to do some good today,” Cutler said in the post. “Bane is missing. 80lb German shepherd…Let’s find him.” And people have already started their search and offered support to Cutler in the comment section.

“Let’s pray he is found soon and back home where he belongs,” one supporter said.

Another supporter’s parents lives in the city where Cutler said Bane was last seen. “Oh no!! Does he have tags? My parents live in Franklin. I’ll keep my eye out when I’m there tomorrow if he hasn’t been found. I have had a couple of GSDs (German Shepherd Dogs); he’ll surely get someone’s attention soon.”

Cutler had a 12-year NFL career, most known for his time with the Chicago Bears. The quarterback also played three years in Denver at the start of his career and finished his career playing for Miami. Cutler was selected to the Pro Bowl in 2008.

Cutler played college ball at Vanderbilt University in Nashville. That’s just over a 30-minute drive from campus to Franklin.