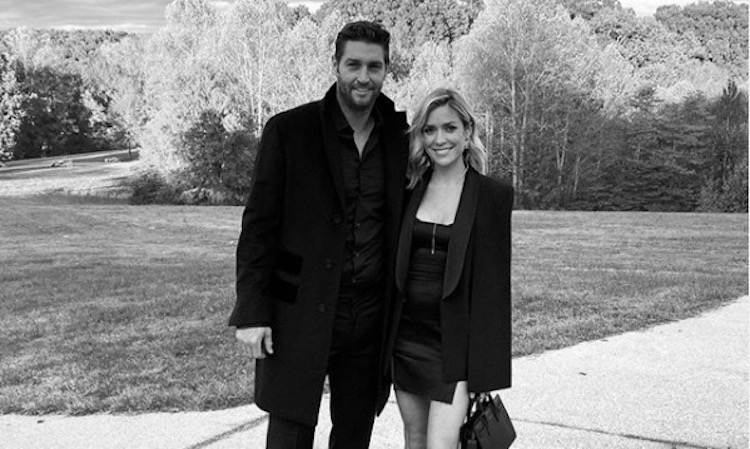 After 10 years of marriage, Kristen Cavallari and Jay Cutler have filed for divorce. A day after the couple made the announcement of their plans public, newly obtained documents materialized and shed some light on what motivated the apparent split.

Cavallari, 33, is a former reality TV star and Cutler, 36, is best known as the quarterback for the Chicago Bears. The couple had just returned from a vacation in the Bahamas when Cavallari filed for divorce .

People obtained the divorce filing which include “irreconcilable differences” and “inappropriate marital conduct.” Cavallari lists the date of the separation as April 7, the day the couple returned to the US after spending several weeks in the Bahamas.

Cutler only lists “irreconcilable differences” as grounds for the divorce, but lists April 21 as the date of separation.

In the filing, Cavallari asserts that Cutler “is guilty of such inappropriate marital conduct as renders further cohabitation unsafe and improper.”

Cavallari also claimed in her filing that “any misconduct alleged or implied against her” in Cutler’s divorce petition “was in response to and/or as a result of misconduct on [Cutler’s] behalf,” Cutler, however, did not claim any misconduct against his wife.

Cavallari is also fighting for custody of their three children.

The mom is also seeking primary physical custody of their 7-year-old son Camden, 5-year-old son Jaxon, and 4-year-old daughter Saylor with “reasonable periods of parenting time” for their father.

The retired football player is seeking joint custody of the kids. Culter, who filed his petition first, stated that he “has always been the available at home parent and primary caretaker” of their children. Cavallari, however, denied that in her response, stating that she “has been the primary residential parent.”

TMZ first reported the news of the filings which also include, Cavallari’s request for child support payments and health insurance coverage for their kids from Cutler.

YOU MIGHT ALSO LIKE: Husband and Wife Baseball Players Hit Homeruns Off Each Other in Loving Battle

They released a joint statement on Sunday announcing the divorce.

The couple released the following statement on their perspective Instagram accounts:

“With great sadness, after 10 years together we have come to a loving conclusion to get a divorce,” they said. “We have nothing but love and respect for one another and are deeply grateful for the years shared, memories made, and the children we are so proud of. This is just the situation of two people growing apart. We ask everyone to respect our privacy as we navigate this difficult time within our family.”

The couple, who once called Chicago home, now live outside Nashville, Tennessee. The reality TV show, Very Cavallari that heavily featured the couple and documented their marriage is seemingly limbo.

According to reporting from the Chicago Sun-Times, the couple has had issues in the past. Cavallari revealed in January that she had a falling-out with friend Kelly Henderson over rumors Henderson had an affair with Cutler.

“When Season 2 was airing, there was a lot of talk on social media about Jay and Kelly having an affair,’” Cavallari said during the premiere of Season 3 of Very Cavallari, People notes. “Not for one second have I ever thought that it was true. It wasn’t the actual accusations of them having an affair that made me upset; it was how Kelly went about it.”

The timing for the announcement is interesting. The entire world is focused on the global health crisis, not on the triviality of a celebrity breakup.