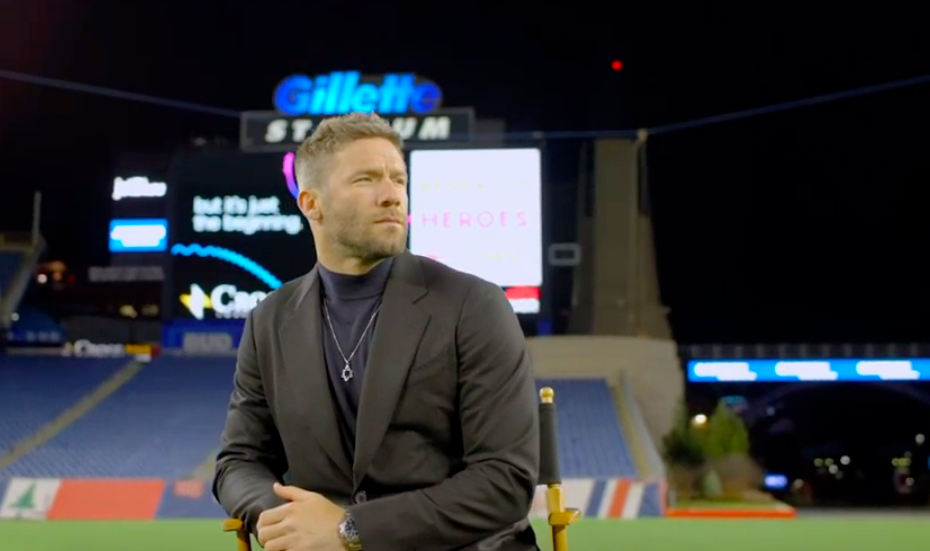 Since 2009, Edelman has played with the Patriots, being an integral part of the team’s success on offense.

A brief recap of some of the highlight plays from the wide receiver were played in sound-form as the receiver stepped into the chair on the field, looking around and probably reminiscing at all the wonderful memories he’s had at the stadium and throughout his time with the Patriots.

Now, over a decade later, the three-time Super Bowl champion has decided to hang up the cleats.

Edelman had 6,822 receiving yards, averaged 11 yards per reception, and hauled in 36 touchdown catches throughout his career.

“Due to an injury last year, I’ll be making my official announcement of my retirement from football,” Edelman said in the video. “It was a hard decision but the right decision for me and my family…I’m honored and so proud to be retiring a Patriot.”

“It’s been the best 12 years of my life…and I can’t forget you Patriot nation,” Edelman said. “You guys have welcomed me and my family to a region we…didn’t know but now I’m one of you.”

The receiver had two words to the fans and everyone listening that, though retiring, he evidently isn’t going anywhere and will always cherish the memories he had with New England.

Then, Edelman took stage right and left the chair.

The announcement was made. The next scene in life awaits for Julian.

Edelman received a lot of love and congratulations for this announcement, including from his former quarterback:

“Proud of you Jules!” Tom Brady said in a comment on Edelman’s post. “❤️❤️❤️❤️ love you and always here for you.”

“Congrats Jules!” Rob Gronkowski commented. “Ultimate competitor and always showed up at the biggest moments bubs!! Keep on thriving and being a beast like you are! Heck of a career!!”

“Jules your a warrior …And an inspiration…” Jon Bon Jovi commented.

“(L)ove you, brother!” Donté Lamar Stallworth said. “(E)njoyed watching your growth as a player and as a man and father. welcome to the other side of the fence, it’s not so bad at all. enjoy retirement! 🙏🏿”.