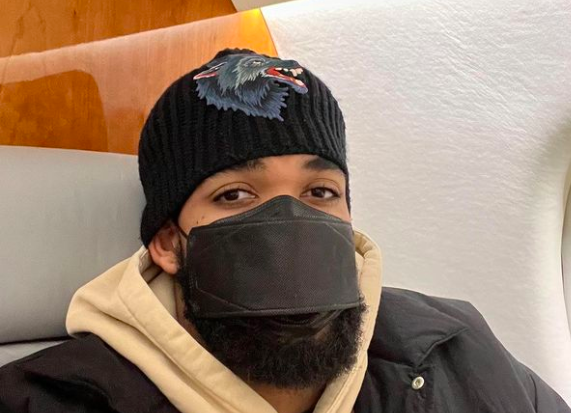 Minnesota Timberwolves star Karl-Anthony Towns has experienced the ups and downs of life in significant ways over the course of the last two years. Recently, he discussed his biggest takeaways from his difficult circumstances.

“If I learned anything in my life, it’s that nothing’s guaranteed. So I always try to tell people, ‘Hey, I appreciate you or thank you,’” the athlete said in a statement following his game against the San Antonio Spurs.

In the more recent years of his life, the basketball player has lost seven family members to COVID-19, his mother included. His mom, Jacqueline Cruz-Towns, passed away two years ago which left him questioning his purpose in the NBA.

“My mom was the purpose of me even playing basketball,” he explained. “So when she passed away, I had to repurpose myself. I had to find what was going to be the reason that I want to go in every day and put my body and my mind and my spirit through all this stress…It took time and a lot of self-reflection.”

Following the death of his mother, Town found himself in a sea of grief that made it difficult to indulge in activities, basketball included. With this being said, it took meeting a special someone to pull him out of the funk and relearn going through the process of everyday life.

The Timberwolves star began dating Jordyn Woods a few months after his mother passed and had been friends prior to her death. According to Woods, they bonded over similar struggles, as she herself lost her father in 2017 due to pancreatic cancer.

“​​I would say we were best friends. And then his mom passed away and something switched,” she shared. “When you go through a lot with someone, you can relate on a deeper level with the fact that I lost my dad when I was 19.”

Towns even cited his girlfriend as the reason he was able to relearn how to enjoy his career. Explaining that she holds a similar place in his heart as his mother, the 26-year-old commented, “She filled those shoes in so wonderfully and made basketball fun again.”

Although no time passes without the absence of his mother being present, Towns has established himself in the NBA as one of the best players in Timberwolves franchise history. After earning an astonishing 60 points over the Spurs, he lent his love to his teammates for supporting him through his hardships.

“I just wanted to say, and I mean this from my heart, that I wouldn’t have wanted to do this 60-point game with anyone else but y’all,” he said.

And, of course, he couldn’t forget his mother. “This was a moment for us,” Towns stated, referencing his mom. “She would’ve loved it.”

Despite not physically being at the game, Towns’ mother continues to support him through her loving memory.