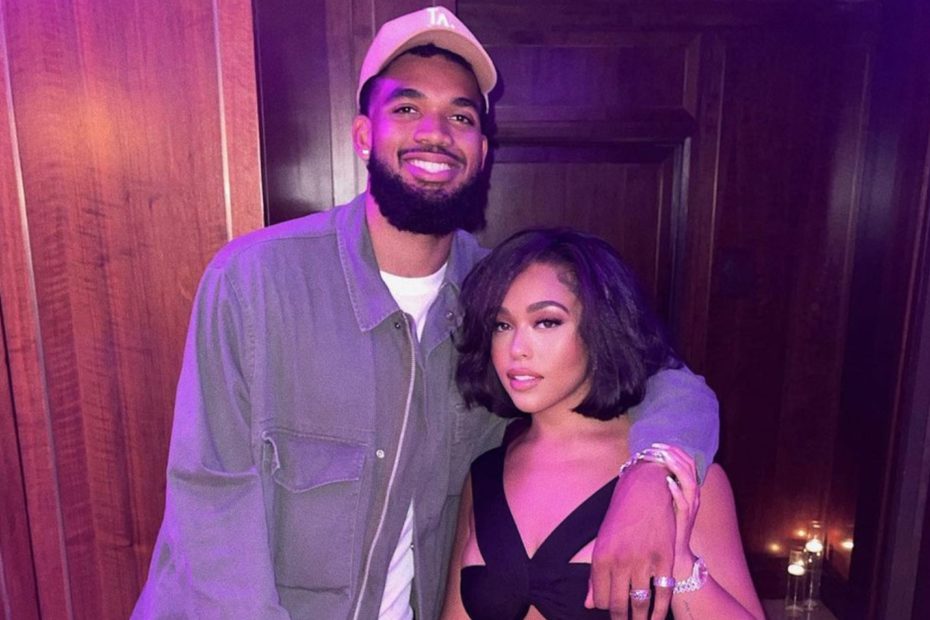 When you’re going through the storms of life, which can often bring some of the most unexplainable pain, sometimes all you have to hold on to is those closest to you. Just look at Karl-Anthony Towns and Jordyn Woods; it’s often your family, friends, significant other, faith, hope, and love, that get you through the mourning and grieving process.

Towns lost his mother, Jacqueline Cruz-Towns, in April due to complications from coronavirus,” ESPN reported. And Woods’ father, John Woods, died in 2017 after being diagnosed with cancer, according to People.

According to Woods, she and the Timberwolves forward have been friends “for a long time” and “connected about losing a parent at a very young age. […] It was a very organic relationship that we’d been best friends for a while.”

In September, the couple made their relationship Instagram official by sharing photos of each other on their respective accounts. Towns posted a picture of the two of them along with the caption, “There are darknesses in life and there are lights, and you are one of the lights, the light of all lights.”

A while back, Towns posted about his parents’ marriage and how much he admires it. In the caption, the basketball star said he hopes to “one day experience the bond and love you have for each other.” It looks like this relationship with Woods could be the start of something like that.

As the couple explained, both of them were experiencing dark moment in their lives when their relationship went from friendly to romantic. Now they are seeing the light together.

Towns’ dark place was losing his mother this year. Woods talked about another “dark place” she was in, telling Bustle, “I did feel like everything was against me, and the only thing I had to lean on was my faith and my family.”

RELATED: Karl-Anthony Towns’ Mother Passes Away After Battle With COVID-19

When asked about the post with Karl-Anthony Towns stating, “I found you then I found me”, Woods told Access, “When you meet the right one or meet someone that’s genuine they can really help bring out the best parts of you.”

And the couple is still going strong, here are some of their cutest moments:

You have to love a good date night!

These two look like they have some fun together!

Always there for the ups and downs!

Sharing a moment on the beach!

Enjoying a moment while Towns is in his element!

And that’s something to celebrate.