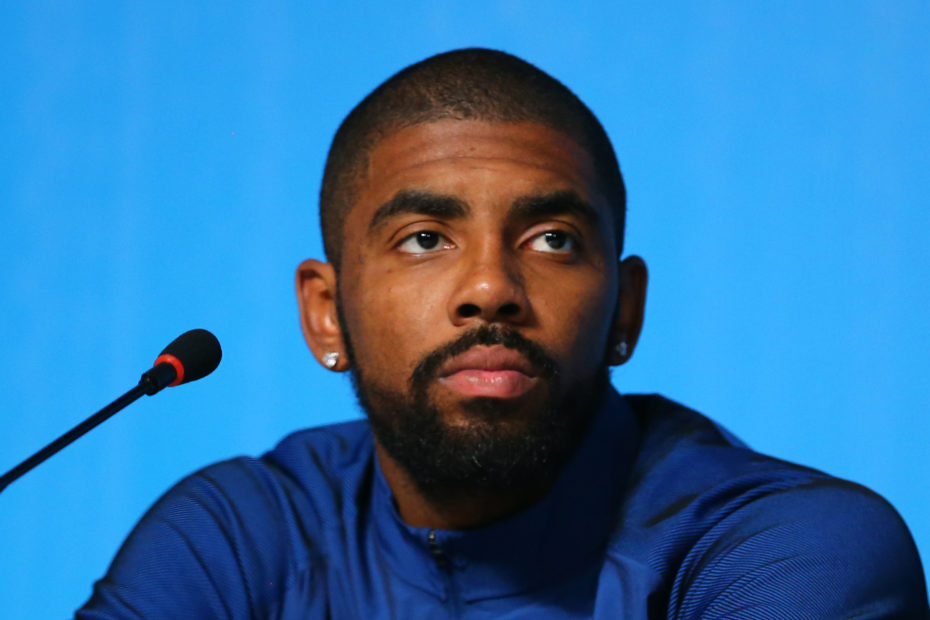 Kyrie Irving, 30, Gives the Middle Finger to Fans to Match Their Energy

Kyrie Irving of the Brooklyn Nets recently made headlines after he was seen giving the middle finger to fans in the crowd. According to the athlete himself, he was just matching their energy.

In Sunday’s game against the Boston Celtics, the Nets lost 115-114. Within the crowd, various Celtics fans were reportedly yelling derogatory terms at the Nets, to which Irving felt he should have “the same energy for them”, in reference to the fans’ behavior. So, the basketball player whipped out the middle finger and directed it at disrespectful audience members.

“Look, where I’m from, I’m used to all these antics and people being close nearby,” Irving began explaining after the game, according to ESPN. “It’s nothing new when I come into this building what it’s going to be like — but it’s the same energy they have for me, I’m going to have the same energy for them.”

Continuing his speech, he noted that athletes are only human and are bound to have a breaking point. The NBA player commented, “it’s not every fan, I don’t want to attack every fan, every Boston fan. When people start yelling ‘p—y’ or ‘b—-‘ and ‘f— you’ and all this stuff, there’s only but so much you take as a competitor.”

“We’re the ones expected to be docile and be humble, take a humble approach, f— that, it’s the playoffs. This is what it is,” he added.

Having been with the NFL for over a decade, Irving is no stranger to hate from fans on the court. However, with this being said, he believes his response is only human and he is entitled to react however he sees fit when strangers are treating him with disrespect.

“It’s the same energy I’m giving back to them. It is what it is. I’m not really focused on it, it’s fun, you know what I’m saying? Where I’m from I’ve dealt with so much, so coming in here you relish it as a competitor. … This isn’t my first time at TD Garden so what you guys saw, what you guys think is entertainment, or the fans think is entertainment, all is fair in competition,” he shared.

Irving also relayed that it is an effective way of getting the crowd to halt their heckling. “So if somebody’s going to call me out on my name, I’m gonna look at them straight in the eye and see if they really ’bout it. Most of the time they’re not,” he stated.