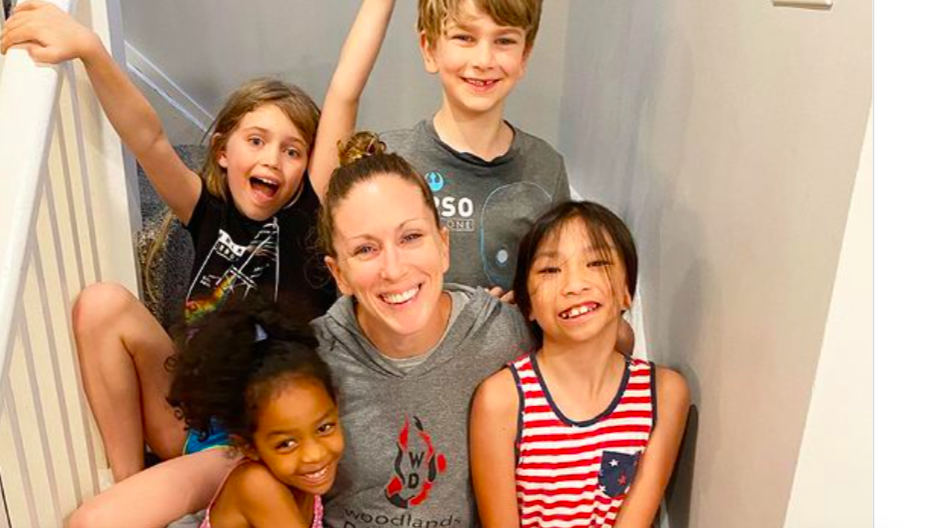 This is a story of resilience. Of a comeback. An Olympic-sized comeback. Of defying all odds. Of overcoming obstacles to chase dreams.

This is the story of Laura Wilkinson. An Olympian diver who’s chosen to dive head-first into an incredible endeavor, as she states on her Instagram bio, she’s diving “again after 9-year retirement with 4 kids in tow.”

As The Today Show’s Scott Stump mentioned, as well, “(m)aking her comeback even more impressive is that Wilkinson underwent a serious spinal surgery in 2018 to repair damage to her neck from all the years of hitting the water at high speeds on her dives. The surgery was the difference between Wilkinson making a run at Tokyo or hanging it up for good. She decided to take the chance with the procedure even though doctors told her it was possible she could never dive again.”

But instead of never diving again, Wilkinson “qualified for (the) diving finals at the U.S. Olympic trials in her bid to earn a spot on Team USA for next month’s Tokyo Olympics” per The Today Show.

Even defying what the doctors told her, this is a story of a strong faith, a strong will, a strong desire to go for what others thought wasn’t possible. Because Wilkinson, in fact, knows it is possible.

Team USA notes that “before every dive (she) recites Philippians 4:13, ‘I can do all things through Christ, who strengthens me.'”

“People keep asking me why I’m doing this,” Wilkinson said in an Instagram post. “It’s actually pretty simple. God said ‘Come.’ so I jumped out of the boat (Matt. 14:28-31). Yes, it can be scary. Yes, it can be painful. Yes, it will be hard. But trusting God is the greatest adventure you can have in life! When there was no path forward, He opened doors that weren’t there before. When I wanted to give up, He filled me with renewed passion.”

Wilkinson then went on to say that “(t)he past five years have been the absolute craziest of (her) life.” She was called to this.

“When you feel called to do something and you’re passionate about it, you just want to be all in,” Wilkinson said on The Today Show per today.com. “It’s the drive, it’s the love, and I love that my kids get to watch me do this, not just by telling them how to live their lives. But they’re seeing me, the blood, sweat and tears that it takes to actually get there.”

And her story this year of overcoming challenges seems to be a theme for her career.

Team USA’s Peggy Shinn noted recapped last year her incredible win at the 2000 Olympics: “she moved from eighth place to first and won the first Olympic gold medal for U.S. women in platform diving since 1964 – on a broken foot.” Not only did she have that broken foot, she also faced tremendous adversity and hurt after Shinn reports she lost a friend “three years earlier”.

You can read the full article detailing that Olympic win and Wilkinson overcoming adversity here.

Raleigh, North Carolina ABC 11’s Brhe Berry in 2019 noted that “Wilkinson and…Hulseman became a family of six. First came Arella, then their adopted daughter Zoe, then Zadok, and another adoption for their fourth child, Dakaia.”

Team USA notes her already incredible accomplishments in the sport:

Then, in 2021, this gold medalist dove headfirst into this challenge.

That’s a gold medal feat within itself. And this is just another chapter in her and her family’s incredible story.