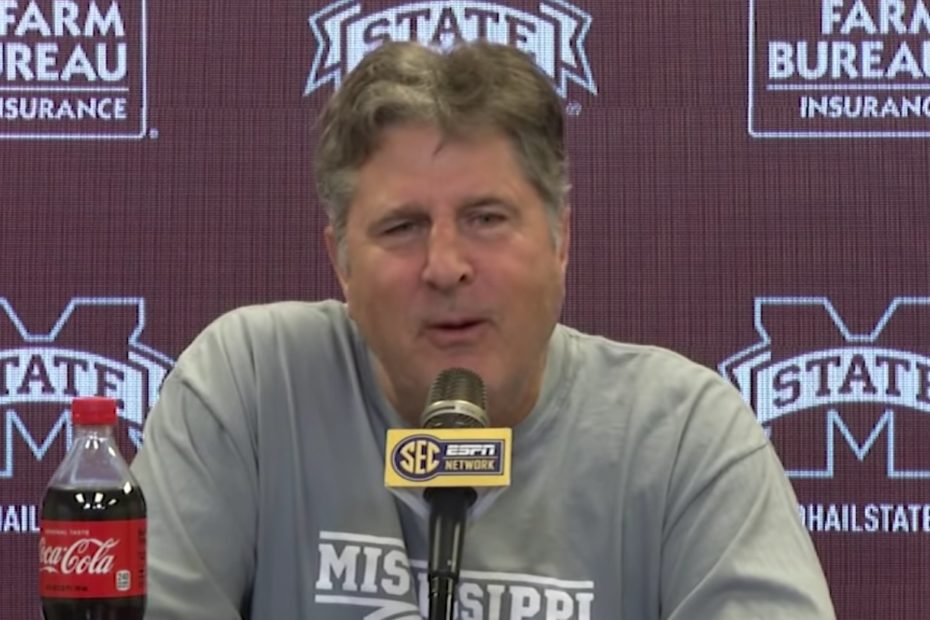 Mike Leach Goes on Hilarious Cardboard Cutouts in Stands Rant: “Some of Those Fake People Have Better Seats Than the Other Ones”

Mike Leach Goes on Hilarious Cardboard Cutouts in Stands Rant: “Some of Those Fake People Have Better Seats Than the Other Ones”

Cardboard cutouts of fans in the stands seem to be a common theme nowadays. Without actual human fans in the stands, it’s one way of filling parts of the stadiums, both professionally and collegiately nationwide.

The first teams to use the cardboard cutouts of fans and families were international soccer teams. And the trend eventually made its way to the US where nearly all of the leagues have used the cutouts in one way or another since many stadiums still aren’t allowing fans in the stands due to COVID-19 concerns.

Now the cutouts have made its way to Mississippi State, where former Washington State football head coach Mike Leach is now coaching. During the end of one of his press conferences on September 28, following their big win over a ranked LSU team, Leach had something to say about the “fake people…in the stands.”

“I just have to be honest, I haven’t gotten a hang of the cutout people in the stands. I mean that’s an episode of ‘Twilight Zone’…now all of a sudden we have these people frozen in time sitting there in the stadium with enthusiastic expressions on their faces but they can’t move.”

Leach continued, “So, I mean, in this world, in this day and age, in these funny times, even a fake person can get screwed. So, yeah, live clean, live smart, and maybe when you become a fake person, you’ll get good seats at the LSU game.”

Leach went on to explain what the Twilight Zone was about for anyone who didn’t know. “I don’t know, I mean I, for one, if it’s cool and people enjoy it, great but that it is a little surreal, the fake people in the stands,” he said. We mean, he’s not wrong.