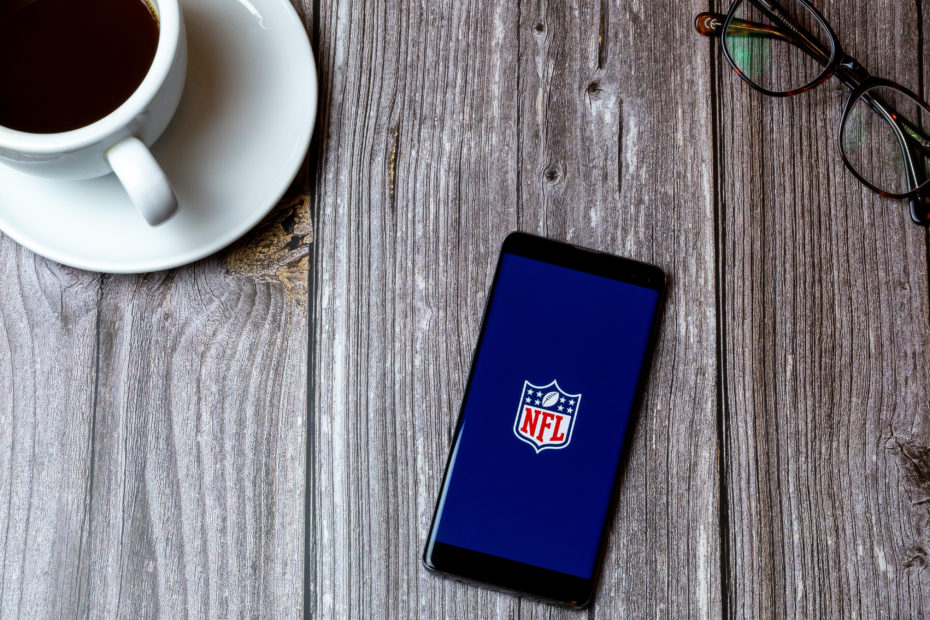 25 NFL Memes to Give You a Good Laugh

With the amount of time we spend on social media each day, chances are you’ve already seen a number of funny NFL memes today. They’re plastered all over social media and are being created by millions of people all around the world on a daily basis. NFL memes are taking over.

The term ‘meme’ has been around for nearly 50 years and they started to become popular in the 1990s, but it wasn’t until the early-2000s that the memes we know today started to saturate the internet. Now, not only do we have NFL memes, but we have memes on every subject possible.

They help us capture the funniest moments and storylines throughout the NFL season, allowing us to share a laugh or two with the rest of the NFL community. After all, laughter is the best medicine and we could all use a laugh — especially when our favorite teams aren’t playing well.

RELATED: 20 Players Who Had the Most Interceptions in a Game

Some of the Funniest NFL Memes You’ll Ever See

NFL memes are an excellent way for football fans — even rival fans — to bond with one another over some of the NFL’s most shocking, hilarious, unexpected, unbelievable, and outlandish headlines. You can’t help but let out a strong giggle whenever you see NFL memes online.

With that said, memes run deep. Since anyone can make one in a matter of seconds, NFL memes are being created constantly every single day. In fact, you can make one on your phone right now if you wanted to, or if you had a good idea for one. After all, it only takes one idea.

While NFL memes have become such a large part of our day-to-day banter, it’s easy to take them for granted due to how many we come across each day. Don’t worry, we’re going to highlight 25 of our favorite NFL memes that describe the 2021-22 NFL season perfectly.

Aaron Rodgers had an interesting offseason and almost didn’t play for the Packers this season. When his team lost to the New Orleans Saints 38-3 to open the season 0-1, it was only a matter of time before the NFL memes started buzzing. Just look at Aaron Rodgers’ face in this photo!

23. The Saints on Thanksgiving Day

The New Orleans Saints played the Buffalo Bills on Thanksgiving night and let’s just say things didn’t quite go their way. They lost the game 31-6 and would’ve been shutout if it weren’t for a fourth quarter touchdown by New Orleans. It’s safe to say the Saints got the turkey treatment.

22. Bears vs. Lions on Thanksgiving Day

Speaking of Thanksgiving football, the first game we got to witness on November 25th was a bout between the Chicago Bears and Detroit Lions. If it was an interesting and exciting game you were hoping for, then you were more disappointed than when Mom forgot to heat the gravy.

Down 24-21 with three minutes left, the Arizona Cardinals drove the entire length of the field and had a chance to score an easy touchdown against Green Bay with 15 seconds left, but A.J. Green ran the wrong route and the ball was intercepted in the end zone. The Packers won.

The Detroit Lions have yet to win a game during the 2021-22 season and are currently 0-10-1 through 12 weeks. We all remember how pumped Dan Campbell was to become their new head coach, but things aren’t looking so bright for him and his team. Hopefully they can win one soon!

19. Detroit Goes at Their Own Pace

Speaking of the Detroit Lions, why not bring Patrick and his pet rock into the picture. At least he’s more accepting of the Lions’ lowly ways than most Detroit fans are. But hey, they have to win a game eventually — even if it doesn’t come this year! Patience is the true key here.

This meme is more mind boggling than funny, but it’s also funny to think just how rare an Aaron Rodgers’ interception is — especially when you compare him to some other players in this league. Aaron Rodgers has played 208 career games and has only thrown 93 interceptions.

It’s unfortunate what happened to Henry Ruggs III and the victims of the car crash, but this meme was coming sooner or later. It’s crazy what a couple of years can do to someone. On one side, Devonta Smith is ballin’ out, but on the other you have a player facing a tough sentence.

Tua Tagovailoa just wants to help his team grow and continue to develop in the NFL, but the Dolphins just can’t seem to commit to him — even when they say they are. After drafting him fifth overall in 2020, there’s still rumors that Miami might make a move for Deshaun Watson.

When the news hit that Antonio Brown faked his vaccination card, the entire NFL community knew it was a long time coming for the troubled wide receiver. It’s a shame he keeps finding himself in these situations, but at a certain point you can’t help but laugh and move on.

The Denver Broncos started their season 3-0 and seemed to be the surprise no one expected. Then Week 4 hit and they went on a four-game losing streak — which is what everyone expected. While they’ve won three of their four games since, who knows how long that will last.

13. Bring Out the White Tables

The Buffalo Bills’ fanbase, better known as ‘BillsMafia,’ is known for doing crazy things and their love for jumping on white tables is no different. When the Bills are winning, table sales increase and they soon find themselves in the trash after they’ve fulfilled their duty — broken in all glory.

12. You Can’t Win Them All in November

For some of us, we celebrate ‘No Shave November.’ For some NFL teams, they practice ‘No Win November.’ For the Detroit Lions, Los Angeles Rams, New Orleans Saints, and Seattle Seahawks, at least they can say they won something because nobody lost more in November.

This offseason, the Detroit Lions and Los Angeles Rams shocked the entire NFL world when they swapped quarterbacks, sending Jared Goff to the Lions and Matthew Stafford to the Rams. As you can see, the internet couldn’t help but make fun of how ridiculous the swap really was.

Let’s be honest, know one thought it was going to be this way before the season started. All the hype was surrounding Justin Fields, Trevor Lawrence, Zach Wilson, and Trey Lance, but it’s Mac Jones that’s emerging as the next star quarterback. The Pats always get the good stuff.

9. Changes We Need to See Immediately

Any true NFL fan understands that there are several changes we all want to see made immediately and these hit it right on the nose. I’m definitely here for more taunting, less ties, more celebrations, and everything else on that list. Come on, let’s make it happen, NFL.

There are countless memes out there regarding Aaron Rodgers this season, but none are more funny than the ones targeting his medical advice. And anyone who knows the doctor in this meme understands just how perfect this meme is. Be careful who you get your advice from!

7. The Raiders’ Dumpster Fire of a Season

The Las Vegas Raiders have had one crazy season thus far and it only seems to be getting worse. From the Henry Ruggs III situation to the sudden fall of Jon Gruden, it seems like the Raiders can’t catch a break right now. Hey, at least they have Derek Carr, am I right?

Kirk Cousins has done a lot of incredible things throughout his career, but he’s also known for a lot of boneheaded plays. This was one of his boneheaded plays where he lined up behind the guard instead of center. He quickly realizes his mistake, but not before we all caught a laugh.

4. Falcons Avoid Repeating the Past

The Atlanta Falcons are famous for blowing a 28-point lead in the Super Bowl to the Patriots in 2017. When they met on November 18, 2021, the Falcons decided to follow a new strategy — if we aren’t leading, we can’t blow it. That’s exactly what happened — in fact, Atlanta lost 25-0.

There was a lot of media attention surrounding Tom Brady’s return to Gillette Stadium earlier this year. Anyone who has seen the movie Step Brothers is sure to get a laugh out of this meme. It describes the situation perfectly as Brady and Bill Belicheck butted heads once again.

Odell Beckham Jr. has made a career out of making big plays, then complaining about not getting the ball enough, then jumping ship to a different team. He did that again in Cleveland and wound up with the Rams. To be honest, he might’ve shot himself in the foot with that one.

Perhaps the biggest meme of the 2021-22 season thus far, Aaron Rodgers made this infamous face against the Arizona Cardinals during the Packers’ 24-21 win during Sunday Night Football. You can’t say he doesn’t look like he’s looking for the remote so he can hit that, ‘Yes,’ button.

What Are Your Favorite NFL Memes? Share Them With Us!

NFL memes are becoming one of the highlights of the NFL season as people all around the world join in with their creativity and banter. It’s a way of bringing us together and gives us a platform to laugh and joke about all the outlandish and wild things we witness in the NFL.

Whether you’re someone who creates NFL memes from scratch with your own ideas and jokes or someone who shares NFL memes on the internet so others can find it, we appreciate you. You’re the reason why NFL memes are so popular online today and we can’t help but thank you.

YOU MAY ALSO LIKE: 20 College Walk-Ons That Earned Amazing NFL Careers

With that said, we welcome you to share with us some of your favorite NFL memes — both past and present. There are so many out there and we’re always looking forward to seeing new ones, so don’t be shy! Who knows, we might feature it in a future post about NFL memes!