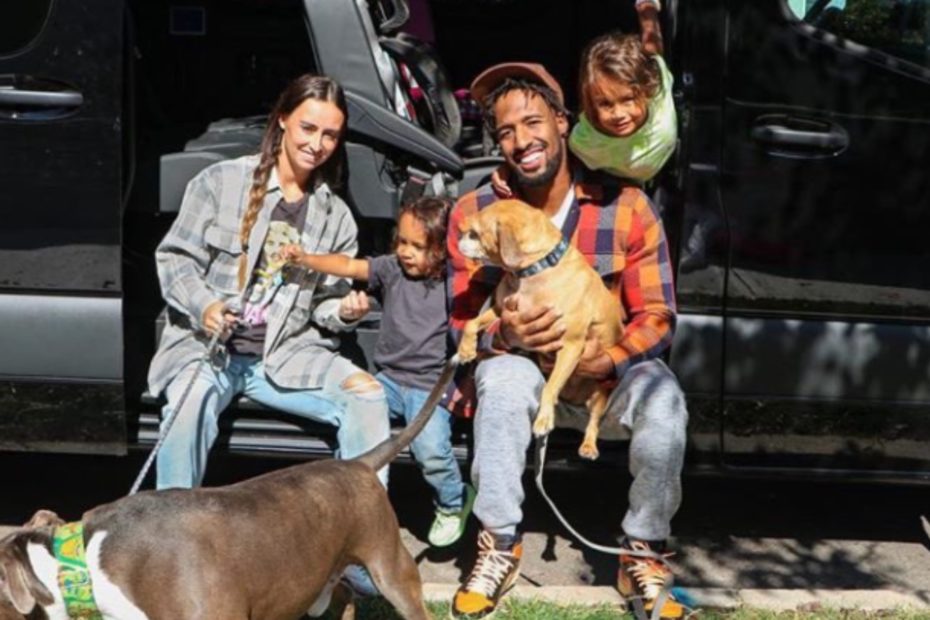 As New York Giants defensive back Logan Ryan said on Sunday, it was an “extremely emotional” week for him and his family.

Not only did Ryan’s wife, Ashley, need to go to the emergency room after experiencing intense stomach pains, when she went, they discovered an ectopic pregnancy.

According to the Cleveland Clinic, an ectopic pregnancy as occurring “when a fertilized egg implants itself outside of the uterus. They’re also called “tubal pregnancies” because most of them happen in the fallopian tubes. Whether there’s a problem with the egg or the tube, the egg gets stuck on its journey to the uterus.”

Ryan describes how a Giants trainer advised Ashley to go to the ER:

“She was having some stomach pains…she wanted to sleep it off, she was in extreme pain but she said she’ll wait to the morning…I talked to one of our trainers about the symptoms, he said, no she needs to go to the ER. My wife ended up going to the ER. And they ended up catching… (an) ectopic pregnancy where the egg was wrong place in the fallopian tube and it was about to burst. So, she ended up going to emergency surgery, is what I’m dealing with through right now. And they ended up saving her and they ended up preventing what could’ve been done. That was a trainer on our team, Justin Maher, telling my wife to go to the ER at 1 a.m., could’ve saved her life or saved a lot of internal bleeding there.”

Logan Ryan says his wife is “a Fighter.”

Thankfully, Ryan’s wife made it through the surgery. But, the family is also in mourning. “Extremely grateful to the organization and to my wife. She’s a fighter…Not to lose her there in that situation, very fortunate,” Ryan continued. “At the same time, my wife and I mourn in silence of our lost child during that process, too. So, we had a loss, as well. Although it’s a great story, it was an emotional week for me and her. That game is definitely for my wife…definitely for my family.”

On the field, fittingly, Logan snagged a game-sealing interception to get his team a win late in the game against The Washington Football Team. After the game, Ryan said he had his wife’s name written on his cleats.

“Extremely grateful that I have a great wife and that ball’s for her,” Ryan said. “She told me to bring one home for her, so I was able to do that.”

With so much adversity off the field, it makes the Giants ‘adversity’ on the field pale in comparison. There is so much more to life than just this game. And Logan Ryan appreciates playing for a team that understands that.

“That’s the type of organization that we have here…my kids are okay, my wife is recovering well, she’s okay…Joe (Judge) said, you know if you need to fly to Florida, don’t worry about football,” Ryan said. “And that’s what Joe is as a man and as a coach. I know we care about X’s and O’s and winning and losing but there’s really good people here. That’s why I came here. There’s really good trainers here. There’s really a lot of people behind the scenes that are really working hard for us to get wins.”

Ryan said he’ll do everything he can to play for a coach and organization like that. A coach who would allow Ryan to go be with his family if he needed to be. And a trainer who advised Ryan that his wife should go to the ER.

“…Because if that wasn’t the case, I don’t know if my wife would be here today,” Logan Ryan said. “And honestly, I’m extremely grateful for this organization and for Joe and for everyone who understands things bigger than football, especially this year.”