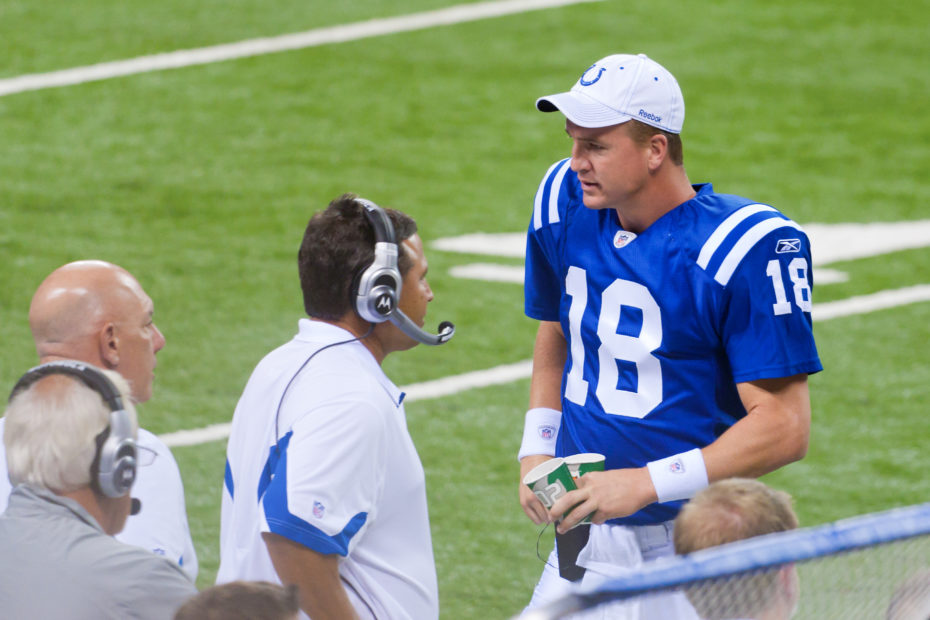 ESPN Films Peyton Manning, 45, Devouring a Piece of Chicken During Half Time

During Week 8, Peyton and Eli Manning sat down in their typical fashion to give play-by-play commentary during Monday Night Football‘s assessment of the Chiefs vs Giants game. However, what was far more entertaining than the Kansas City Chiefs victory over the New York Giants, was the cameras catching Peyton digging into a chicken breast as if he was a rabid dog.

Eli began discussing linebackers cutting up the field during the game, only for his brother to question what he knows about cutting things up.

In a brotherly manner, Eli was not going to let this comment go over his head, so he went on to pull an embarrassing memory out of the vaults and mentioned, “I cut up my food. Unlike what you did at halftime. I had to watch you eat a piece of chicken with no knife and fork, even though you had one.”

Much to Peyton Manning’s horror, ESPN did secretly have this incident filmed. With no warning, a video of the former quarterback ravishingly eating a piece of chicken was displayed for the entire world to see.

Sitting back in complete and utter shock, the Denver Broncos former player asked in awe, “We’re showing halftime highlights? Is anything off-limits? What’s the HIPAA of TV?”

RELATED: Julian Edelman’s Iconic No.11 Has Been Reassigned and He Has a Hilarious Reaction

Eli Manning calls out his brother’s lack of table manners during half time!

The other Manning brother did not share the same sentiments about the clip. In fact, Eli seemed to find it incredibly humorous and kept poking fun at his older brother. “You had a knife and fork! Are you breathing? You just ate a whole piece of chicken, nonstop. It’s not fried chicken, it’s grilled chicken on a bone.”

However, that was not the only humorous occurrence of the night. Joining the Manning brothers for their show was comedian, actor, and even television host, Jon Stewart. Of course, he certainly didn’t hold back his wits and began questioning when another Manning would arrive.

“How hard is it to make another Manning?” Stewart questioned. “You’ve got this… quarterback breeding program down there. You just keep making a few more Mannings. Make a couple for us!”

But, Peyton retaliated with the shocking information, “My dad’s stud fee has really gone up in the past 20 years.”

Needless to say, the football-playing brothers really know how to have a good laugh while in the midst of a riveting NFL game.