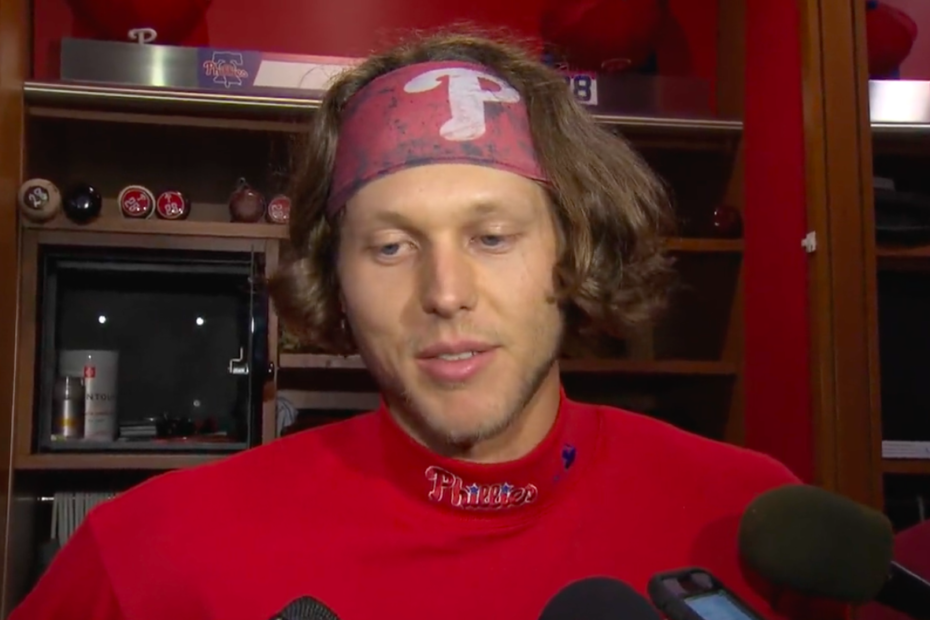 Despite their exciting Monday night win, Philadelphia Phillies’ third basement Alec Bohm expressed a derogatory sentence in the midst of the game.

Monday was the first game out of two in which the Mets and Phillies went up against each other. Although it was a well-played game and Philadelphia ultimately earned the victory, a few mistakes were made throughout the nine innings. Of the errors that were made, Bohm had a handful of blunders on the field within the first three innings.

The 25-year-old’s problems kicked off when he charged a ball and wailed it into right field in the first inning. This was then followed by a powerful throw to first baseman Rhys Hoskins, which ended up flying into foul ball territory. His series of errors concluded in the third inning when he threw a wide throw to Hoskins, causing the first baseman to step off the bag, allowing the Mets to make it onto the first base.

Amid his frustrations, Bohm let a sentence slip that some people argued was a worse mistake than the ones he made on the field. “I f—ing hate this place,” he said under his breath while a crowd of angry fans booed him. While the athlete was only talking to himself, the cameras caught the proclamation and fans were quickly able to figure out his sentiments via lip reading.

After his statement became apparent, Bohm felt the need to explain his side of the story. During an interview with NBC Sports Philadelphia, the MLB player assured the audience that his impulsive statement does not actually reflect his real emotions.

“I said it. Do I mean it? No,” Bohm said into multiple microphones after the game was finished.

He went on to explain, “It’s a frustrating night for me, obviously. Made a few mistakes in the field. Look, these people, these fans, they just want to win. You heard it, we come back, they’re great. I’m just sorry to them. I don’t mean that.”

With his job on the line, if he continues with problematic plays, it is no surprise that Bohm felt frustrated with his performance. As he fights for the third-base job with rookie Bryson Scott, the veteran third baseman aims to make as few mistakes as possible.

Phillies manager Joe Girardi also noted that the player was speaking on behalf of his emotions, rather than his genuine attitudes towards the city of Philadelphia. “I think it’s a kid that was frustrated,” he commented, according to ESPN. “I don’t think that kid was referring to, you know, the city of Philadelphia, the fans. I think he was referring to the situation he was in. Put yourself in his shoes.”

Luckily for Bohm, it seems as if Philadelphians have gladly accepted his apology and recognized that he was having a frustrating playing day. In Tuesday’s game, he received a standing ovation from fans when he stepped up to the plate.