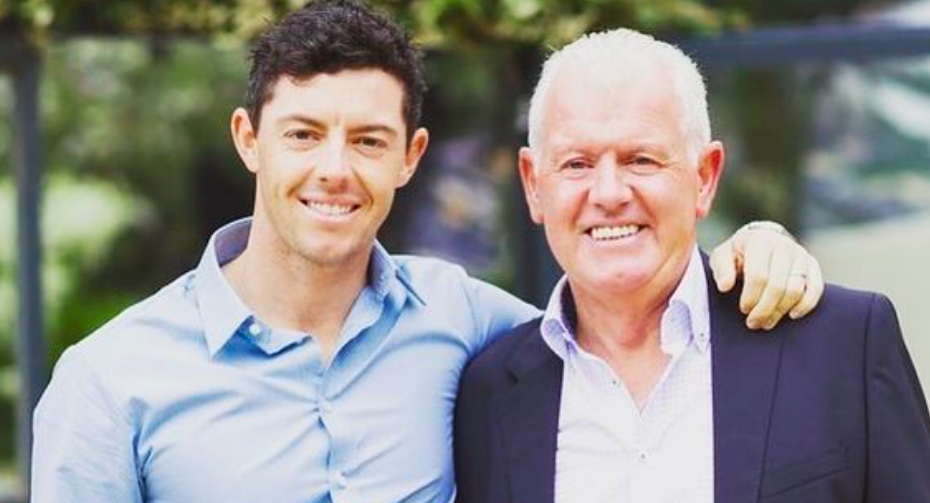 Father’s Day is still two months away but Rory McIlroy is ahead of the game, gifting his dad an early present by accidentally hitting his dad with a golf ball…during the Master’s.

It happened during the first round on the seventh hole per the PGA Tour.

RELATED: Rory McIlroy Explains Tiger Woods Texted Him Some Encouragement From The Hospital, Gives An Update On How Tiger’s Doing On The Tonight Show With Jimmy Fallon

So, Rory, you hit your pops while at your job with a golf ball on accident at one of the most historic golf tournaments in all the sport, how do you feel about it?

“I knew it was my dad when I was aiming at him,” McIlroy said jokingly after the first round (according to at a press conference via TenGolf Televisión. “So, probably 30 seconds before it hit him.”

Kyle Porter of CBS was there to see how it all went down and shared what Rory’s dad said:

“He’s seen me sign plenty of stuff over the years so I think that’s the least of his worries,” McIlroy said. “I think he just needs to go and put some ice on (it), maybe go and autograph a bag of frozen peas for him.”

There you go, an autographed bag of frozen peas. Because who wouldn’t want that?! Especially his pops.

McIlroy also talked about the shot itself, defending the shot:

“In fairness, it was where I was trying to turn it off,” McIlroy said. “It was a perfect shot. It was dead straight. But, I think he was okay…he didn’t limp away. He walked away pretty swiftly. So that was alright.”

Per People: “According to Global Golf Post, the McIlroy patriarch worked two jobs to help his only son pursue a career in the sport. For eight years, his job during the day consisted of ‘cleaning toilets and lockers at a rugby club’ before he was a bartender during the evenings at Holywood Golf Club in Northern Ireland.

That father influence has been there for Rory throughout his life. And, this time, at the Master’s, after countless events his dad has probably been there to support his son, he really felt his son’s presence and power of his swing this time, in the form of a really hard-hitting golf ball.

All jokes aside, it’s wonderful how Rory and his father are close to be joking about circumstances like this and how his dad was physically present, supporting his son at a major event. Father-son bonds are incredible, so shout out to you guys for being there for one another and having that type of father-son relationship.