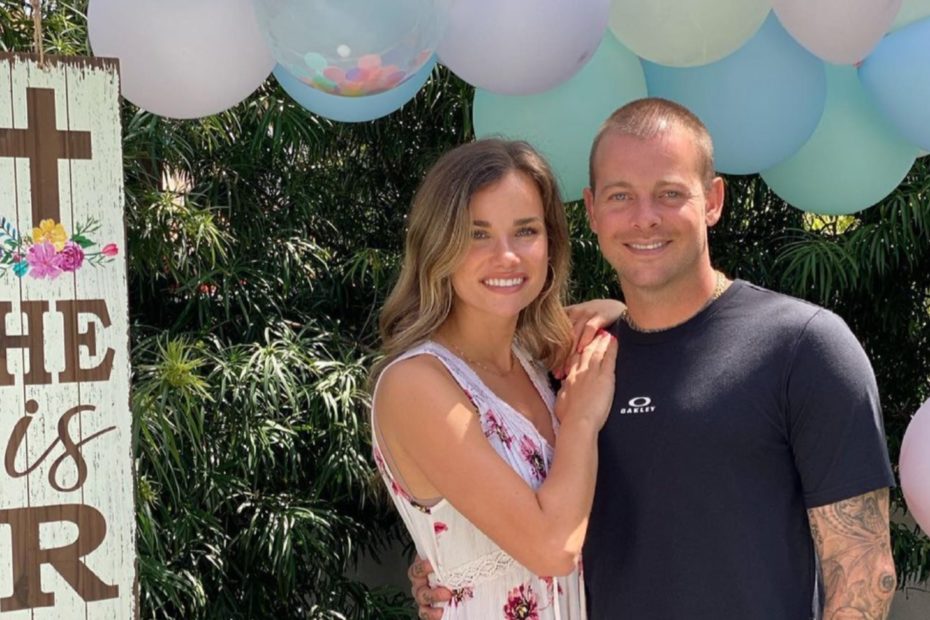 Ryan Sheckler Describes How He Became Sober, A Born-Again Christian, And Is Saving Sex For Marriage

Ryan Sheckler. You’ve probably heard the name and you know the game. Skateboarding. Sheckler and skating go hand-in-hand. It’s the sport he thrives in.

Ryan has three X Games gold medals to his name, along with two silvers and two bronzes, which “put(s) him at #3 for most medals in the discipline,” per the X Games.

The X Games also notes an incredible feat that “Sheckler was just 13 years old when he won Skateboard Park gold as a rookie at XG LA 2003, then the youngest-ever X Games gold medalist”.

Since then, competing at the sport’s highest level, he’s had a lot of success. And has also used his platform for good.

Sheckler’s “turned his skate celebrity and massive social media presence into a force for good via his Ryan Sheckler Foundation and its ‘Be The Change’ grant program,” the X Games reported.

The foundation‘s goal “is to educate, equip and empower our community to ‘Be the Change’ in the lives of children and injured action sports athletes,” according to its Facebook page.

Sheckler talked to Bensinger about a myriad of topics, from skating to his family to his parents’ divorce, to the challenges of last year, to his call with Michael Phelps, to overcoming a drinking problem and being sober, to faith and becoming a born-again Christian, to saving sex for marriage with his girlfriend.

Some of the major adversity Sheckler went through was last year, in what was a tramatic year for so many, including Ryan.

Sheckler mentioned his griflriend being there to support him through those trials last year.

“She was with me through my surgery on my knee, which was traumatic, and a few days after that my grandma, who…was one of my best friends ever passed away,” Sheckler said. “It was a little trippy, to go surgery to that and I think like right in between those, the surgery and the death, was my six months of sobriety. So, I like hit that, hit that, it was just a week of…baffling, baffling things and made it through.”

Sheckler also details another time in his life in how he experienced trauma from MTV producers and explains why he chose to not continue the reality TV show:

Another traumatic time for him was his parents getting divorced.

Many times, when in adversity struck, it was outside of his control. At other times throughout his life, though, the adversity was self-inflicted from drinking.

Sheckler warmly calls his mom his best friend. When Sheckler realized he had a problem with alcohol, it was his mother he called to talk to about it. Sheckler recalls two days later when got back to the US after a trip in Oslo, Norway, he went to get treatment, to get the help he said he needed. Ryan called that the “scariest day of (his) life…to surrender, it made (him) and her stronger”.

“I’ll never forget getting dropped off at this place…just remember watching her just drive out and turn right,” Sheckler said to Bensinger. “And I was emotional, bro. I was a wreck and…it gives me chills…right when she turned out of sight, I had this overwhelming…warmth and…this spirit come over me that let me know I was in the right place. And then from that day, I was full on…full into recovery.”

Bensinger asked what Sheckler’s “lowest point during that period”.

“I wanted to stop partying, I wanted to stop drinking, and I couldn’t do it,” Sheckler said. What made Oslo (where he realized he had a problem with drinking) the breaking point for me was out of my whole life the one thing I have had this intense passion for, which is skateboarding and competing, I’m in Oslo and I want nothing to do with skateboarding…I don’t even want to skate anymore,” Sheckler said. “I want to just go take the money I’ve made, get off the map, and go party…Kind of wanted to end it, not suicidal, but I didn’t want to be in the public’s eye any more. At all.”

Bensinger asked Sheckler what Michael Phelps said when he called.

“That he had been through a similar situation and that he knew exactly what I was feeling and he had been there and he could relate,” Sheckler said of Phelps to Bensinger.

“And then when I got Phelps calling me, taking time out of his day to give me hope, experience, strength, I was like bro, alright I can do it,” Sheckler said. “I can do this…”

The skateboarder credits his family and close friends in helping him overcome his problem with drinking.

“My family, my core group of friends that have never been yes men, that have always called it straight,” Sheckler said. “The reason I’m sober today, honestly, is they told me they, ‘Hey, we see there’s a problem, you cannot control this…I’m like, ‘You’re right, I trust you, you’re right.'”

What ultimately turned Ryan’s life around was becoming a born-again Christian.

“For me, honestly…I have had a very fulfilled life and when i look at it, a lot of that fulfillment that I thought was pure fun was sin,” Sheckler said. “And I look at it now and I want to live a life that is pleasing to the Lord.”

“Over this last year, I am a born again-Christian,” Sheckler said.

“I’ve always been a believer but I wasn’t following the practices. I wasn’t really reading the stories and actually absorbing the lessons of the Bible and I wanted to change, dude. I just wanted to change. Something was calling at me and I know now it was Jesus that just wants me to be on a different path.”

Ryan describes why he loves reading the Bible and making a concerted effort to grow in his faith every day.

“To be honest man, the rapture, I want to go up when Jesus comes down,” Sheckler said. “I want to go up right away. I don’t want to be stuck on earth as a non-believer. The Book of Revelation, for me, has been pretty much the biggest eye opener and anyone that has read it will understand that it talks about when Jesus is coming back. And it talks about what happens if you’re not a believer and you haven’t acknowledged and surrendered to Christ.”

Bensinger also asked how Sheckler’s “parents’ divorce has impacted what (he) looks for in a partner”.

“I’ve thought about that a lot,” Sheckler said. “And it kind of turned me off of marraige. But then I realized it doesn’t have to be that way. My situation doesn’t have to be like that. Those are two adults that made an adult decision to split up, had nothing to do with me, took me a long time to realize that. And for me, I look at marriage different now, through the eyes of the Bible.”

“I’m in a very happy, healthy Christ-based relationship, couldn’t ask for anything else,” Sheckler said. “I’ve never been in a relationship like this before with these boundaries…No premarital sex. We take the sin out of the relationship and leave it wholesome and leave it real and communicate, which allows us to grow into believers in Christ but also allows us to look forward to something possibly super magical in the future.”

Though it’s really tough in the meantime, it’ll be so worth it for Sheckler and his future bride as he states:

“It’s tough bro,” Sheckler said. “It’s super tough…never tried to understand why people didn’t have sex before they were married. It was never weird to me, it was just always like …it’s just not my deal. Until it became my deal. And I’m like, ‘Oh I get it ’cause its supposed to be special.’ It’s not supposed to be something you just fling around and just can go do and have no consequences. It’s something that’s supposed to be shared in a spiritual way. So it’s new, it’s exciting.”

It’s an exciting new chapter for Ryan as he flips (or ollies) from chapter to chapter in the Bible. Sheckler confirmed with Bensinger a goal of his is to read the whole Bible in its entirety.

Ryan’s “stoked” about his faith and instead of going to the bottle, he’s going to the Bible, or as he puts it, the “Basic Instructions Before Leaving Earth”.

“Over this last year, [I] really focused on my sobriety and everything that’s going on, I have the mental capacity to soak it up and I’m really in it because I want to be in it,” Sheckler said. “I want to read the Bible daily. I’m drawn to it and that’s my path. That’s the path I’m on right now. It’s a path for Christ and I’m not ashamed of it. I’m stoked.”