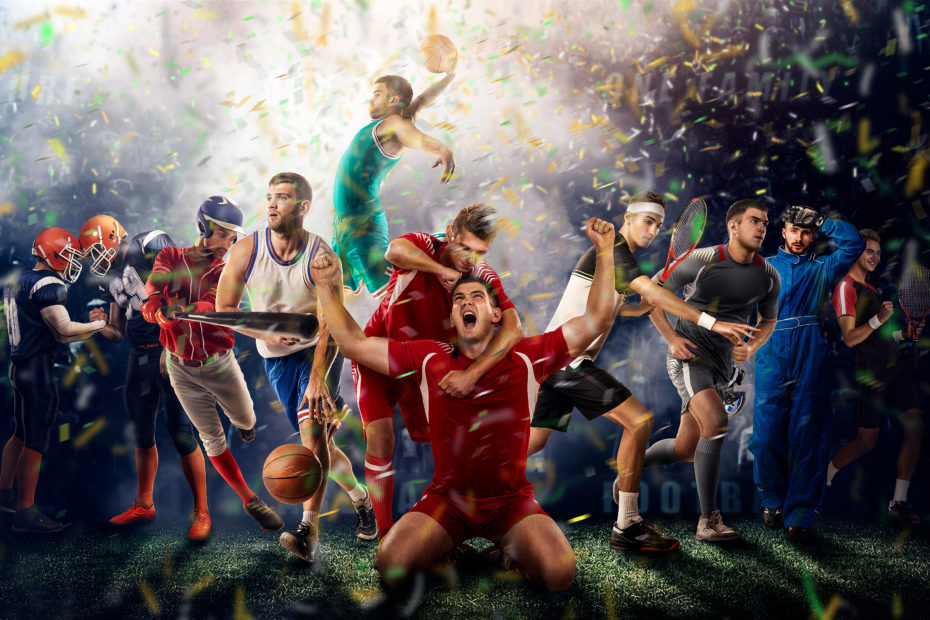 In this article, we will take a look at the best teams in the four major North American professional sports leagues (NFL, NBA, NHL, and MLB) that no longer exist. This includes teams that have changed their names, locations, both, or no longer exist entirely.

Teams like the original Cleveland Browns, however, who moved to Baltimore and changed their name to the Ravens and were replaced in Cleveland by an expansion team by the same name are not included. Any teams who have moved or changed names since the Rams moved from St. Louis to Los Angeles in 2016 are also not included.

Here are the Top 25 Teams That Don’t Exist Anymore:

The Cleveland Indians were a team founded in 1923, but after owner Samuel Deutsch bought the Canton Bulldogs in 1924, he merged the two teams to form the Cleveland Bulldogs. The Bulldogs would win the NFL Championship in their inaugural season. The team was relocated to Detroit in 1928 and renamed the Detroit Wolverines. The Wolverines were purchased and absorbed by the New York Giants in 1929.

The Sacramento Kings organization was founded in 1923 as the Rochester Seagrams and has had multiple names and locations over the past century. The most successful of these different teams were the Rochester Royals, who were renamed from the Pros to the Royals in 1945 and moved to Cincinnati in 1957. In that time the Royals won two division titles and one NBA Championship.

The Syracuse Nationals were founded in 1946 and would go on to win three division titles in their sixteen year history. They would also win the NBA Finals in seven games over the Fort Wayne Pistons in 1955. In 1963 the Nationals were sold to investors, Irv Kosloff and Ike Richman who relocated the team to Philadelphia and renamed them the 76ers.

The Washington Senators were established in 1901, and though were technically called the Nationals from 1905 to 1955, they were referred to as the Senators for their sixty year history. The Senators won the American League Pennant twice and the World Series once during their time in the District of Columbia. The Senators left the District for Minnesota in 1960 and were renamed the Twins. The Senators were replaced in Washington by an expansion team of the same name in 1961 who floundered for years before moving to Texas to become the Rangers in 1972.

The Raiders’ recent move to Las Vegas was not the first time the team had moved away from Oakland. In 1982, Raiders owner, Al Davis moved the team to Los Angeles from Oakland. In their twelve years in Los Angeles, the Raiders won four AFC West Division Championships, as well as an AFC Championship and the Super Bowl in 1983. The Raiders made the playoffs seven of their twelve years in Los Angeles, but Al Davis moved the team back to Oakland after the team was told that they would be given a new stadium but would be required to share it with another NFL team.

RELATED: The 25 Best NFL Fullbacks Of All Time

The Atlanta Hawks underwent multiple name and location changes before settling down in Atlanta, but the franchise’s best stint came when they played in St. Louis. The St. Louis Hawks moved from Milwaukee to the Gateway City in 1955. They won their division six times in their thirteen year history and won the NBA Finals in six games over the Boston Celtics in 1958. The team moved to Atlanta in 1968 where they remain to this day.

While in Atlanta now, the Braves had first played in Boston. Though they had many different names while in Boston, they went by the Braves from 1912 to 1935 and then again from 1941 to 1952. In that time, the Boston Braves won two National League Pennants in 1914 and 1948 and a World Series in 1914 in four games over the Philadelphia Athletics. From 1935 to 1941, while still located in Boston, the Braves were called the Bees, and in 1952, the team moved to Milwaukee.

The Baltimore Bullets started playing in the American Basketball Association (ABL) in 1944, moved to the Basketball Association of America (BAA) in 1947, and began playing in the NBA when the BAA absorbed the National Basketball League in 1949. The team got their name from the Phoenix Shot Tower located in Baltimore. The Bullets won the ABL Championship in 1946 and the BAA Championship in 1948. The Bullets failed to produce a single winning record after their BAA Chamionship, and after they traded Ray Felix, 1954 rookie of the year and second African-American All-Star in league history, the Bullets folded in 1954.

The Chicago Cardinals were one of the founding teams of the National Football League in 1920. In their almost forty year history, the Cardinals won the league championship twice and their division in back-to-back seasons in 1947 and 1948. Intriguingly, the Cardinals would merge with the Pittsburgh Steelers in 1944 to field enough players after both teams lost a number of players to serve in World War II. In 1960, the Cardinals moved from St. Louis, and in 1988, the Cardinals moved to Arizona where they remain to this day.

The Braves moved from Boston to Milwaukee in 1953 where they would play for twelve years. In that time, the Braves won National League pennants in back-to-back years in 1957 and 1958 and won the World Series in 1957 in seven games over the New York Yankees. A notable alum of the Milwaukee Braves is Hank Aaron who was named to the All-Star team ten times, won the NL MVP in 1957, and won three consecutive gold gloves from 1958 to 1960 while the team was in Milwaukee. In 1965 the team moved down to Atlanta where they remain to this day.

The Houston Oilers were founded in 1960 as a team in the American Football League. The Oilers would win the AFL Championship in each of their first to seasons in the league. The Oilers would also win the AFL East Division four times, and they made the playoffs five times in their ten years in the AFL. The Oilers would move to the NFL in 1970 upon the NFL-AFL merger. In their twenty-six years in the NFL, the Houston Oilers won the AFC Central Division twice and made the playoffs ten times. One of the most notable Oilers players was Warren Moon who was a six-time Pro-Bowler with the Oilers, 1990 Offensive Player of the Year, and 1989 Walter Payton Man of the Year. The Oilers moved to Tennessee in 1997 and changed their names to the Titans in 1999.

RELATED: The 25 NHL Players Who Won The Most Stanley Cups

The Seattle SuperSonics were founded in 1967. In the team’s forty-one year history, the Sonics won their division six times including four times in five years (1994, 1996, 1997, and 1998). The Sonics would also win the Western Conference Championship three times, including back-to-back years in 1978 and 1979. The Sonics also won the NBA Finals in 1979 in five games over the Washington Bullets. After being sold to Oklahoma-based ownership in 2006, the Sonics were moved to Oklahoma City in 2008 and changed their name to the Thunder.

While the Dodgers played in Brooklyn for seventy-five years, they were not called the Dodgers until briefly in 1913, and then more permanently in 1932. In the fifteen-year period starting in 1932 that they were called the Brooklyn Dodgers, the Dodgers won seven National League Pennants, though, they only won the World Series once in that time in 1955. The Dodgers’ most famous player, of course, is the man famous for breaking the color barrier in baseball, Jackie Robinson. While with the Dodgers, Robinson was a six-time All-Star, 1947 rookie of the year, and 1949 NL MVP. The Dodgers would move to Los Angeles in 1957 where they’ve played for the last sixty-four years.

The Baltimore Colts were founded in 1953 in the National Football League. The team was named after the horses that would race in the Preakness Stakes at the Pimlico Race Course in Baltimore, and the Colts were also one of the first NFL teams to have cheerleaders, a band, and a fight song. Before the AFL-NFL merger in 1970, the Colts won one NFL Coastal Division title, five NFL Western Conference Championships, and three NFL championships, one of which led them to Super Bowl III against the New York Jets.

After the 1970 merger, the Colts won four AFC East Division Titles as well as the 1970 AFC Championship and Super Bowl V against the Dallas Cowboys in 1970. The Colts’ most famous player, of course, was Hall of Famer Johnny Unitas who was a ten-time pro-bowler, five-time member of the NFL’s All-Pro First Team, and a three-time NFL MVP. Owner, Robert Irsay moved the Colts to Indianapolis in 1983. Unitas would denounce the Colts for their disloyalty to Baltimore and align himself with the Ravens upon their move to Baltimore in 1996.

The Philadelphia Athletics was established in the MLB in 1901. The Athletics were an absolute powerhouse in Philidelphia, winning nine American League Pennants and five world series, as well as producing twenty-one Hall of Famers in the City of Brotherly Love. The team would move to Kansas City in 1955 where they would remain relatively mediocre before moving to Oakland in 1967 where they would get back to their winning ways.

If we subtracted the seven NL titles won by the Brooklyn Dodgers from the Dodgers’ organization and the six NL titles won by the San Francisco Giants from the Giants’ organization, the Los Angeles Dodgers and New York Giants would be tied for most NL Pennants at seventeen, second to only the St. Louis Cardinals who have nineteen. The Giants would also produce a whopping forty-three Hall of Famers while in New York. Despite their overwhelming success, the Giants would move West to San Francisco in 1957, the same year as their rivals, the Dodgers moved to Los Angeles.