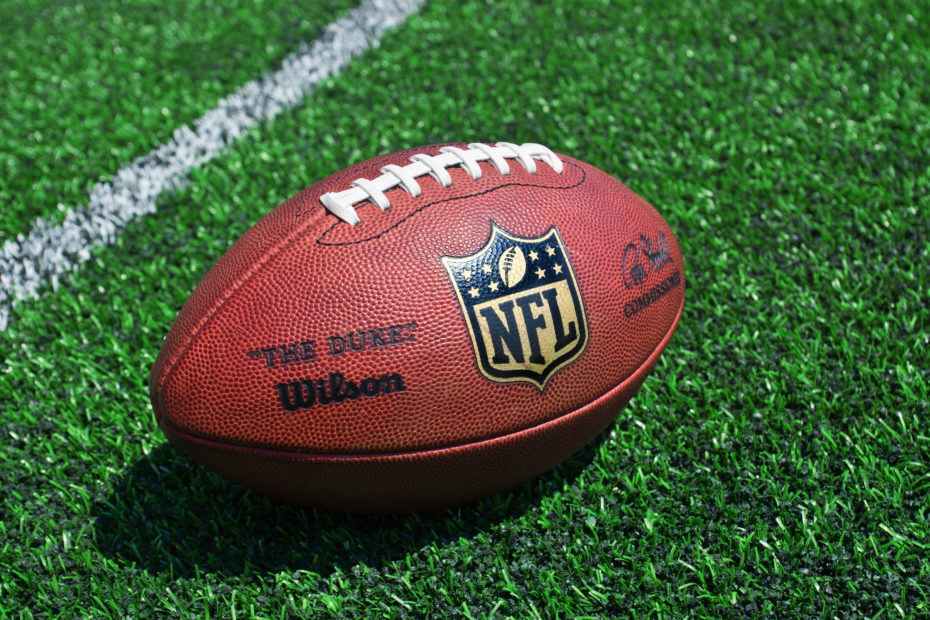 The average NFL player size is about 245 pounds and 6 feet and 2 inches tall, but there are plenty of players that far surpass these numbers. Let’s take a look at the 20 tallest and heaviest current NFL players in the league.

Trent Brown, the heaviest player in the NFL, weighs in at about 380 pounds and is 6’8″. He is currently competing in his 2nd year in the NFL, and plays for the New England Patriots.

Jordan Mailata, who is currently in his 2nd year in the NFL and plays for the Philadelphia Eagles, is a whopping 6 feet and 8 inches tall. He weighs in at approximately 365 pounds this year, which is a significant rise from the previous season. He was recently awarded a four-year contract extension this season and also acquired the NFL’s Way to Play Award for Week One of the 2021 season. This is a significant feat for a rugby player turned NFL star.

Zach Banner easily exceeds the average NFL player size by nearly a hundred pounds and 6 inches, measuring 6’8″ and 335 lbs this season. This is his fifth year in the NFL, and he currently performs for the Pittsburg Steelers. Known for his unlikely come-up from Lakes High School after two All-American Offensive Linemen titles and his respect for groups with a history of maltreatment.

Daniel McCullers is a 6’7″, 352 pound Pittsburgh Steelers team member with 7 years of tenure within the league.

Damon Harris, a recipient of numerous awards (including the Hometown Hero award and the PFF’s award for the Best Run Defender), has an impressive 10 active years of experience in the NFL and holds a current contract with the Green Bay Packers. Harris weighs an impressive 350 pounds and stands at 6 feet and 3 inches.

DJ Reader, who is currently competing in his 6th year in the NFL, also weighs approximately 350 pounds and is 6 feet and 3 inches tall. He currently plays for the Cincinnati Bengals and recently became a father.

Vita Vea, a Tampa Bay Buccaneer, is 6 feet and 4 inches tall and weighs in at 347 pounds. He is considered to be within the top 5 dominant players currently in the league, which is impressive given his relatively short NFL career of only 3 years so far.

Orlando Brown Jr stands at 6 feet and 8 inches tall and weighs about 45 pounds. Known as the “media good guy” and his words of wisdom and appreciating on social media, Brown is entering his fourth year in the NFL and currently plays for the Kansas City Chiefs. This is a new step for him, given his admirable history with the Baltimore Ravens.

Danny Shelton, a football player that many parents consider a suitable role model for their football-crazed kids, is currently in his 7th year in the NFL and plays for the New York Giants. Recognized for his loving care toward animals, Shelton has also been named “Pet Parent of the Year” and is participating in many upcoming events having to do with his fur babies and awareness work. Though this NFL star weighs 345 pounds and stands at 6 feet and 2 inches, Danny Shelton is obviously just a big teddy bear (with a knack for football) that we’ve all come to love and admire.

Josh Topou, who is 6’3″ and weighs 345 pounds is beginning his fourth year in the NFL. He currently holds a contract with the Cincinnati Bengals.

Dexter Lawrence, who was named PFWA All-Rookie Team at the beginning of his career, currently plays for the New York Giants and is participating in his third year with the NFL. He is 6 feet and four inches and weighs about 342 pounds.

Another player who significantly outweighs the average football player is DJ Fluker, a 9 year NFL veteran, of the Las Vegas Raiders. He was a first round pick in 2013 and started his NFL journey with the Chargers.

Jordan Philips, of the Arizona Cardinals, is a jaw-dropping 6 feet and 6 inches tall and weighs 341 pounds. This will be his 7th year in the NFL.

Johnathon Hankins, an ex-Ohio State All-American, was a second-round draft pick in 2013. Since then, he has accumulated 9 years of NFL experience and currently plays for the Las Vegas Raiders. He is 6’3″ and 340 lbs.

Another 10 Players Who Exceed The Average NFL Player Size

Michael Pierce, who is 6 feet tall and 340 pounds, currently plays for the Minnesota Vikings and is in his 6th year competing in the NFL. Though Pierce may seem like your typical football star, he has an artistic side to him, which earned him an Emmy.

Denzelle Good of the Las Vegas Raiders is entering his 7th year in the league, and weighed in at 340 pounds and 6 feet and 5 inches tall. He was also a 2019 recipient of the Ed Block Courage Award.

Drafted by the Buccaneers during the second round of the draft in 2015, Donovan Smith with his 336 pounds and 6 feet of pure power has remained with the team for the entirety of his 7 year NFL career.

Brandon Williams, a loyal Ravens player, is 6’1″ and 336 pounds, is enjoying his ninth year in the NFL. In high school, he received 29 different awards for the plethora of sports he dominated. No doubt his size and strength assisted him in these endeavors.

Brandon Brooks, another recipient on this list of the Ed Block Courage Award, plays for the Philadelphia Eagles and holds bragging rights to an impressive 10 years of tenure within the NFL. He weighs 335 pounds and stands at 6 feet and 5 inches.

Corey Peters, weighing in 335 pounds, also boasts an impressive height of 6 feet and 3 inches. He currently plays for the Cardinals and is working on his 12th year in the league. Aside from his football success, this NFL superstar also boasts his own virtual book club, which is designed to help students all over Arizona.

Do you know anyone in your life who is this size? If so, put them in coach!