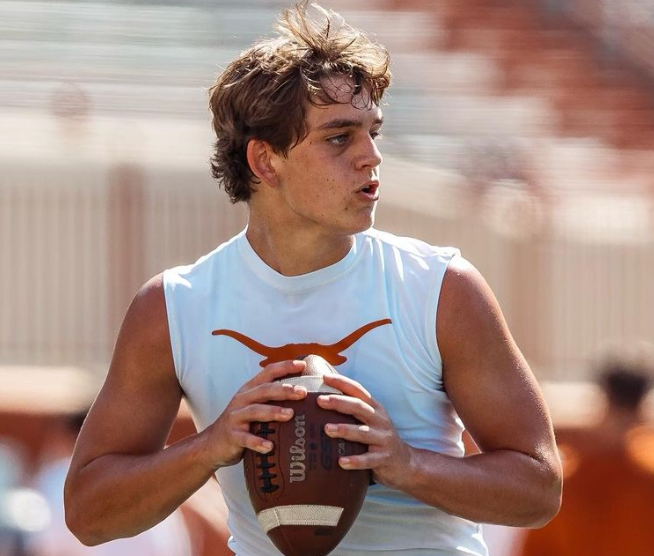 If Peyton and Eli Manning’s star quarterback status wasn’t enough, there is a new familial contender on the horizon.

As it turns out, talent clearly runs in the Manning family. All the way from Isidore Newman School in New Orleans, 19-year-old Arch Manning, nephew of the famed Super Bowl champions, is making headlines as the No. 1 ranked football recruit in the nation. As he continues to shatter records, his Uncle Eli couldn’t be more proud of his accomplishments.

“I’ve just been proud of Arch on how he’s handled this whole situation,” Eli told PEOPLE magazine. “I know there’s been a lot of pressure on him, since he was a freshman in high school and was the starting quarterback.”

Despite having expert expertise on the subject of football, Eli doesn’t feel compelled to give his nephew advice because Arch Manning has already broken countless records, including two records previously held by Eli and Manning. “He’s broken all my records and Peyton [Manning]’s records, so I don’t know if he needs any more advice from me right now,” the former New York Giants quarterback said.

Although Arch has already established himself as one of the best young athletes in the country, Eli doesn’t expect his nephew’s college career to come without challenges. Arch, who recently committed to playing football for the Texas Longhorns, has a long way to go before catching up to his NFL Hall of Fame family members.

“Next year, he’ll go off to college and there will be more fights,” Eli stated, elaborating on his nephew’s future college career. “It’s all about trying to earn the respect of your teammates, and your coaches, have a great work ethic, and enjoy the college experience of whatever campus that you’re at.”

Despite the fact that Eli and his brother have been removed from the league for years now, the younger brother is confident that the state of the NFL is in good hands. Especially when the league will continue with another Manning family prospect. “There are so many great players out there, so many terrific quarterbacks,” he stated. “You see it every night. I think the games, for the most part, are closer. They are exciting, the plays are good… so it’s safe in that sense.”