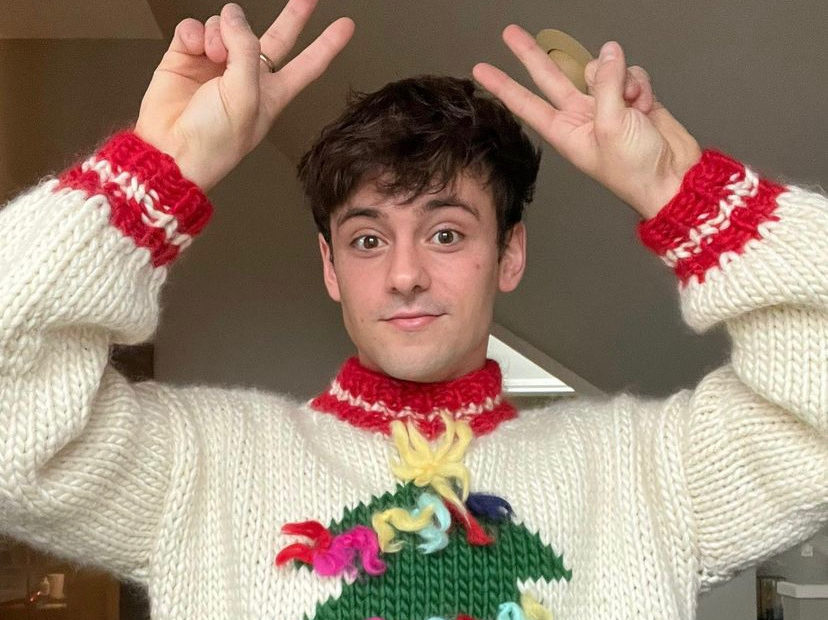 British diver Tom Daley first made headlines with his incredible performance at the Tokyo, Olympics. However, he has proven that his talents do not stop with diving: he is skilled with needles and threads as well.

Daley initially went viral when he was seen bringing out his knitting needles in between performances during the Olympics What most people thought was a fun and creative hobby then turned into a passion. Since his viral knitting debut in August, the Olympian has been working hard to create his own line of knit knits called Made With Love by Tom Daley.

“It’s time to fall in love with knitting,” Daley stated in the caption of his launch post on social media. He added, “I’m so happy to share Made With Love with you all!”

The post showcased him sporting the knit goods alongside two other models. Then, he provided a video explanation of his endeavor into the world of knitting. Daley enthusiastically commented, “As a lot of you know by now, I am completely knitting-obsessed. From calming the minds to a new hobby, there’s something in knitting for everyone.”

Tom Daley discusses why he launched his knitting brand!

“And I’ve created these kits to help encourage people to pick up knitting, pick up your needles, learn the basics, have fun and fall in love with it, all at the same time,” he continued. “Whether you’re making things for yourself or gifts for other people, just come and thread the love with me.”

RELATED: Iman Shumpert Dedicates Dancing With the Stars Season 30 Victory to His Mother

The Olympian picked up the hobby during the beginning stages of quarantine, but it quickly developed into a passion. During the Olympics, the gold medalist heavily relied on his love for knitting to keep his eye on the prize. At the time of the Tokyo Games, he explained, “The one thing that has kept me sane throughout this whole process is my love for knitting and crochet and all things stitching.”

It is clear that Daley has dedicated plenty of time to building up his skills. The website includes various knit goods, ranging in price and subject matter. From hats, blankets, to cardigans, there is something for everyone to enjoy. Even more impressive, there is a wide range in price. The items are  £30 to £125, which amounts to roughly $40 to $166.