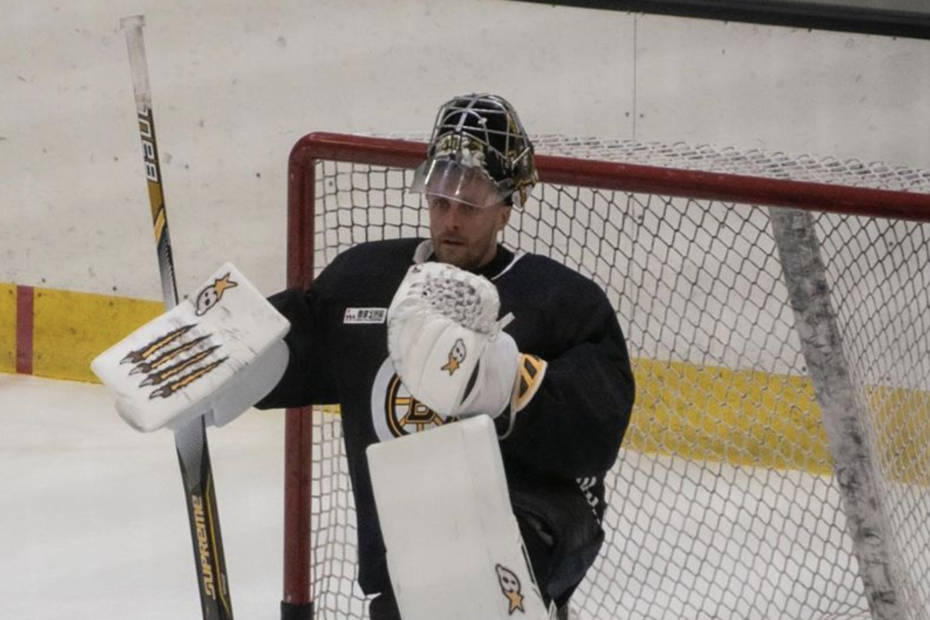 Top 10 Goalies in the NHL

Top 10 Goalies in the NHL

With the Stanley Cup Playoffs projected to start in a little over a month, let’s take a look at the best goalies from the 2019-2020 NHL regular season.

Carter Hart is definitely a controversial pick for a top ten goalies list, but I would be remiss if I didn’t acknowledge his performance over the past year. While Hart only has a save percentage of .914 and a GAA of 2.42, he has been absolutely integral to Philidelphia’s success this season. Goalies like Anton Khudobin have far better numbers than Hart but have an excellent team playing in front of them. While I am impressed by the Flyers’ quick, young team, I do not think they would have been in contention for the Metropolitan Division Title without Hart. Hart’s role in Philidelphia’s success earns him his spot on this list.

While Antti Raanta has been splitting time in Arizona with Darcy Kuemper, there is no disputing his statistics. Raanta is just over .500 with a record of 15-14, but the Coyotes aren’t quite known for their offensive prowess. Raanta has a save percentage of .921 and a GAA of 2.63. Even though he has to split time with Kuemper, Raanta is still shining on the Coyotes.

Tristan Jarry was an incredibly pleasant surprise for the Pittsburgh Penguins this season. With mediocre Matt Murray in net for the Penguins ever since Marc-Andre Fleury went to Las Vegas, the goalie position has not been a strong suit for Pittsburgh. Jarry went from being Murray’s back up at the start of the season to making the Metropolitan Division All-Star Team. Jarry earned his spot on the All-Star Team with a save percentage of .921 and a GAA of 2.43. Jarry has become a cornerstone of this Pittsburgh team and has more than helped them earned their five seed in this year’s 24-team Stanley Cup Playoffs.

While Pavel Francouz has been backing up Philipp Grubauer for most of the season, he has done very well for the Avalanche since he took over for them back in February. Francouz has a save percentage of .923 and a GAA of 2.41. The Avalanche would definitely prefer to their Stanley Cup Champion, Grubauer in between the pipes for them, Francouz is more than an adept substitute.

The aforementioned Darcy Kuemper has been as stalwart if not more stalwart than his teammate Antti Raanta. Kuemper has a save percentage of .928 and a GAA of 2.22. Kuemper and Raanta are both largely responsible for Arizona’s current position in the playoffs; however, with a record of 16-11 and slightly better statistics, Kuemper is the better of the two Arizona netminders.

Jordan Binnington is on this list for similar reasons as to why Carter Hart is. With average stats of .912 and a GAA of 2.56, Binnington isn’t exactly lighting up the scoresheet. However, while St. Louis’ offense may be largely responsible for their Stanley Cup title last year, Binnington is also due plenty of credit. The Blues don’t have the best defense in the league, letting Binnington face 1,430 shots this year. With a record of 30-13, Binnington has earned his number five spot on this list.

The Stars have been much better this year than they have in recent history, largely thanks to their stellar goaltending. While backup goalie, Anton Khudobin has better stats, Ben Bishop has had fantastic stats against some of the best teams in the league. Bishop has a save percentage of .920 and a GAA of 2.50 on 1,286 shots. Bishop has held teams like the Colorado Avalanche, Carolina Hurricanes, and the New York Islanders to only one goal. Though he was in net for three of the Stars’ six consecutive losses at the end of the regular season, Bishop will be a great asset to Dallas going into the Stanley Cup Playoffs.

Andrei Vasilevskiy started off this season not doing so well letting up three or more goals in many games; however, Vasilevskiy has seemed to immensely turn things around in the second half of the season. In fact, in his eight games during the Lightning’s eleven game win streak, Vasilevskiy only allowed sixteen goals. While Vasilevskiy only has a save percentage of .917 and a GAA of 2.56, he’s played a fundamental role in Tampa Bay’s late-season success.

With the Jets losing star defenseman, Dustin Byfuglien after he suffered a high ankle sprain this past October, Connor Hellebuyck was one of the only things keeping the Winnipeg Jets in playoff contention. Hellebuyck has played in 58 of the Jets 77 games with a save percentage of .922 and a GAA of 2.57 on a whopping 1,796 shots. Hellebuyck has faced more shots this year than any other goaltender, making his 2.57 GAA even more impressive. Hellebuyck also had the most shutouts in the league this year with six shutouts. Hellebuyck has compensated for the Jets’ poor defense immensely and is very much responsible for the Winnipeg’s position in the Stanley Cup Playoffs.

With an already incredibly talented team, having such a great goalie like Tuukka Rask. Rask had the second-best save percentage in the league, among goalies with 25 or more starts, at .929, only .001 behind Anton Khudobin, and the best GAA in the league, also among goalies with 25 or more starts, at 2.12. Rask also had five shutouts including one each against the Blues, Flyers, and Islanders. While they may not necessarily need Rask, the Bruins are certainly lucky to have him.