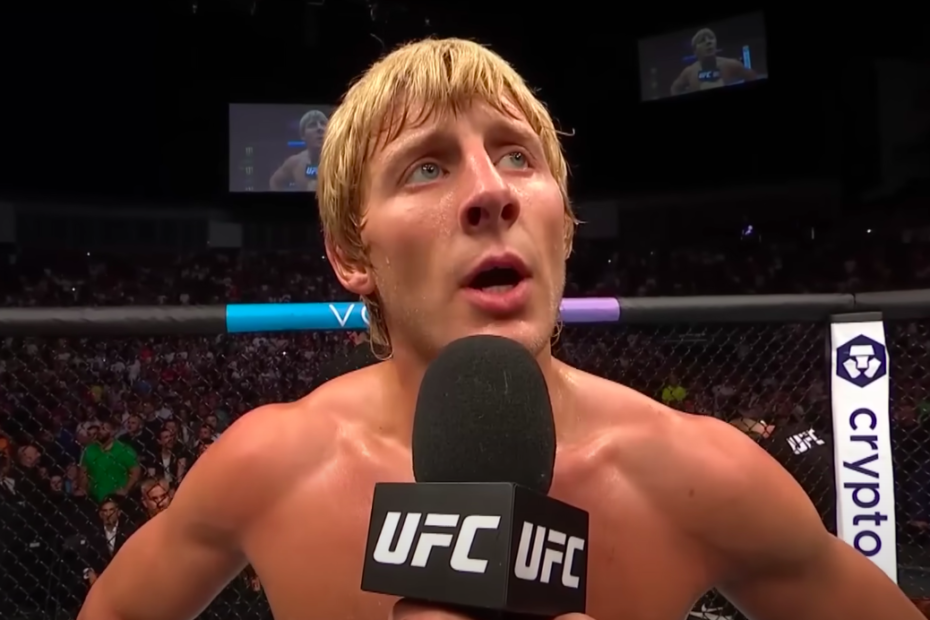 Paddy ‘The Baddy’ Pimblett, 27, Advocates For Mental Health After His Friend Lost Battle With Depression

On July 23rd, the fighter climbed into the ring to face off against Jordan Leavitt. Pimblett was able to secure his opponent in a rear-naked choke in the second round, which allowed him to win the fight and grow his MMA record to 19-3. However, what was perhaps the most memorable point in the night, was when the 27-year-old opened up about mental health. More specifically, he discussed the importance of men not repressing their feelings.

Mere hours before the English mixed martial artist went to be weighed for the UFC London fight, a close friend of his committed suicide. In his grief, Pimblett emphasized the fact that discussing emotions and difficult topics are essential for a healthy psyche.

“I woke up on Friday morning at 4 AM to a message that one of my friends back home had killed himself,” he revealed during his post-fight interview with Michael Bisping. “This was five hours before my weigh-in. So Ricky, lad, that’s for you.”

As the fighter continued his speech, he made sure to inform the audience of why the stigma surrounding mental health is so troubling for men. Oftentimes, men are viewed as weaker or less than if they openly discuss their emotions. Yet, the fighter was quick to note that discussing emotions can literally be the difference between life and death.

“There’s a stigma in this world that men can’t talk,” Pimblett explained. “Listen, if you’re a man, and you’ve got weight on your shoulders and you think the only way you can solve this is by killing yourself, please speak to someone.”

He concluded his speech with the powerful sentiments, “I know I’d rather have my mate cry on my shoulder than go to his funeral next week. So please, let’s get rid of this stigma and men, start talking!”

In addition to his friend, Pimblett lost his four-year-old son Baby Lee Hodgson to cancer just last month. In such little time, the fighter has experienced immeasurable grief and after his speech was concluded, he finally allowed himself to shed some tears as he left the arena.

The crowd cheered in support of him as he made his exit while other MMA pros praised him on social media for his willingness to discuss such harrowing subject matters.