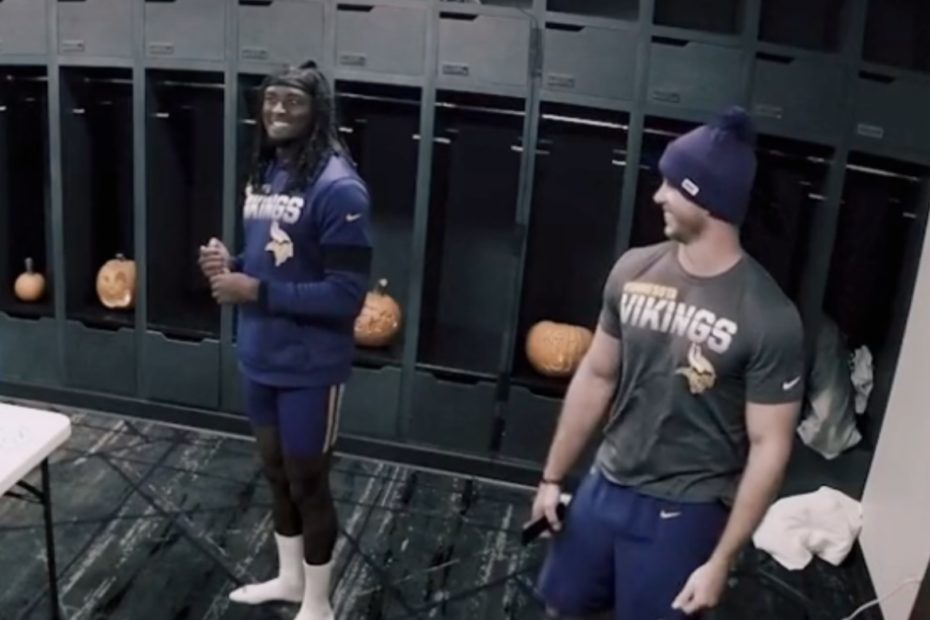 On October 31st, the Minnesota Vikings kicked off an intense game against the Dallas Cowboys, only for the Midwestern team to lose in a 20-16 match. However, what was far scarier than their loss, was the fact that the Vikings set up a terrifying haunted house to spook their players. The results are practically to die for!

Documented on a lengthy TikTok, the Vikings wrote that, “We set up a haunted house for our players…This is how it went…”

Sat in the corner of a room with nothing but loose equipment and an empty table, was a creepy-looking doll that said phrases in an even creepier tone of voice. “I don’t like a little doll over there, though,” one player commented upon instantly noticing the ominous toy. However, many of the Vikings’ players were quick to leave the scene when the doll began speaking.

“I just want to play a game with you,” the toy croaked in an eerie voice. While the two players exchanged nervous glances, they unanimously agreed, “Okay, I’m out of here.”

Many of the football players began searching throughout their gear while the doll let out a laugh and even said, “I’m right behind you.”

RELATED: ESPN Films Peyton Manning, 45, Devouring a Piece of Chicken During Half Time

Needless to say, the team wasn’t too excited about being the target of this terrifying prank. One player even walked in, noticed the doll, and wasted no time walking out immediately. Perhaps the reason the Vikings have been off their rhythm can be attributed to this spooky prank.

Minnesota Vikings open up about struggles as a team

“I thought we were going to come out strong, but we didn’t,” running back Dalvin Cook admitted, according to ESPN. He included, “And that’s a disappointment on us, and we’ve got to go back this week and reevaluate ourselves as a group and get better.”

With a lack of proper offensive coordination, in-action on the coach’s part, and general error of playing, it isn’t surprising the Vikings have been struggling throughout the season. Mike Zimmer, Vikings head coach, shared his thoughts on the matter as well.

“We kind of got away on a couple of series,” he said. The coach additionally included, “We were trying to be aggressive in some of the parts there. I think we threw the ball nine straight times in the second half and went three-and-out three times.”