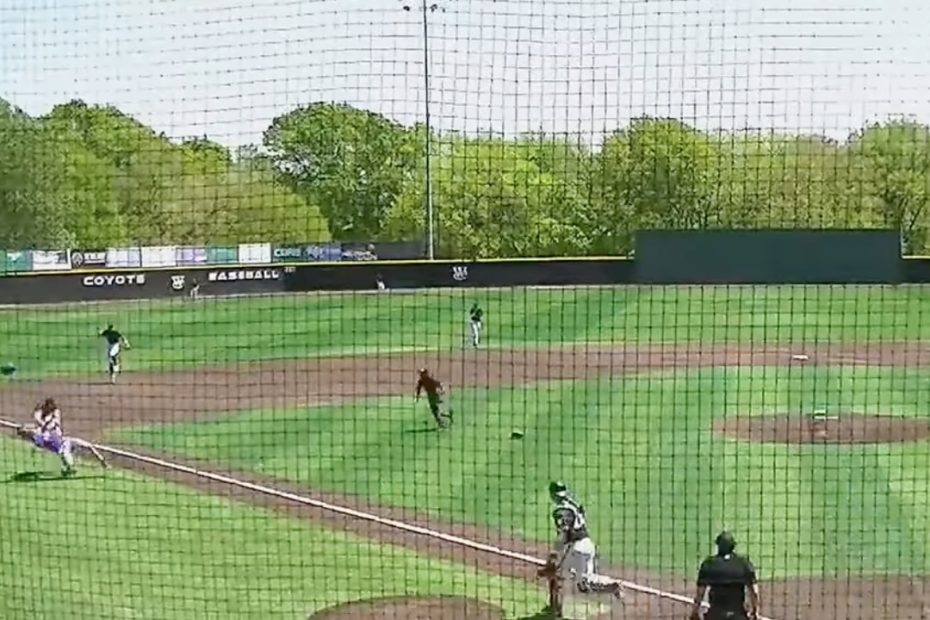 In the midst of a Texas college baseball game, two players engaged in a physical disagreement that caused a suspension from the league.

On Wednesday afternoon, Weatherford College went head to head with North Central Texas College in a riveting game of baseball. However, things quickly took a turn for the worst when Josh Phillips of the NCTC Coyotes hit a home run and Weatherford’s pitcher, Owen Woodward, took it upon himself to tackle the athlete while he was rounding the third base. It is unclear why the slam occurred.

With a background in high school football as a first-team All-District outside linebacker, the Weatherford pitcher’s blow was very severe. When the two players made contact, Phillips’ batting helmet flew from his head.

Following the on-field tackle, a brawl reportedly broke out which caused the two players to be suspended from the North Texas Junior College Athletic Conference and the others who involved themselves in the fight. The assault occurred during the 6th inning and quickly escalated when players from both teams ran from the dugout and onto the field, clearing both benches of players. According to the league, “all team members for NCTC that were in the dugout or bullpen” including assistant coaches were also suspended.

In addition, Weatherford College and Weatherford College Police are investigating the incident and have alluded to the possibility of Woodward being expelled. Taking to Twitter, Weatherford released a statement that included the information that Woodward, “will face potential disciplinary action from the Office of Student Services up to and possibly including expulsion.”

Moreover, the team shared that they have spoken with the college’s police and taken statements from those involved.

Jeff Lightfoot, coach of Weatherford College’s baseball team, reported that the tackle came as a complete surprise, as Woodward had “no previous incidents of any kind.”

“We are shocked and disappointed at what happened in our game today,” the coach included. “We do not condone this type of behavior. We worked hard to build a program with the highest of standards. We are completely embarrassed by this incident, and we apologize to North Central Texas College and the fans of WC baseball. This type of behavior cannot be tolerated.”

After the tackle, the umpire suspended the game. The schools are expecting to face off again this weekend, hopefully, this time avoiding a physical disagreement between players.