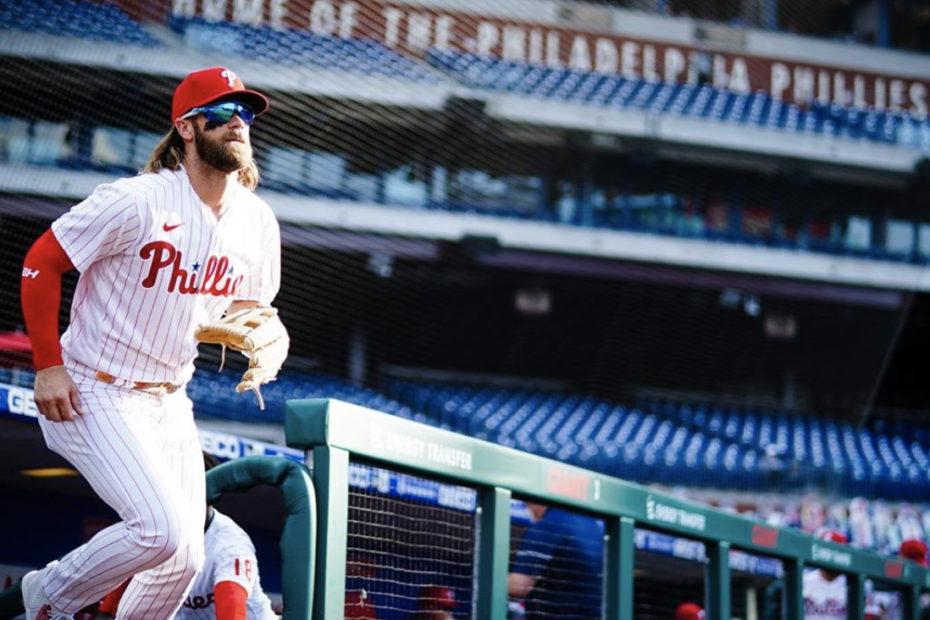 Sunday night Phillies star, Bryce Harper, was ejected from the game due to arguing with an umpire over a foul ball.

Harper was unhappy when first base umpire, Roberto Ortiz, called his drive down the first baseline foul. While at first he just glared at Ortiz, he began arguing with him after grounding out later in the inning. Harper was walking towards Ortiz yelling, and Ortiz gave him a few warnings before throwing him out of the game.

This upset Bryce more, who got up in Ortiz’s face and started yelling at him, despite teammate Neil Walker’s attempts to restrain him.

Harper’s freakout violated new MLB rules put in place to keep players and umpires safe from COVID, as he was yelling at Ortiz without wearing a mask. However, Bryce claimed he did not freak out, and in fact, was not even mad. “I was not upset about the play call, at all,” he said after the game. He explained how he just wanted an explanation and did not appreciate “being treated like a 5-year-old” by the umpire.

Harper did have a reason he may have been upset, however, due to a defensive misplay he committed in the previous inning. He has also been slowing down these past few weeks after a hot start of the season and has been frustrated with his own production.

Phillies manager, Joe Girardi, said of Harper: “I think he’s really frustrated, and it happens. It’s human nature when you’re so competitive and you expect to do so well, frustration is going to settle in. It did tonight, and we lost him for the rest of the game.”