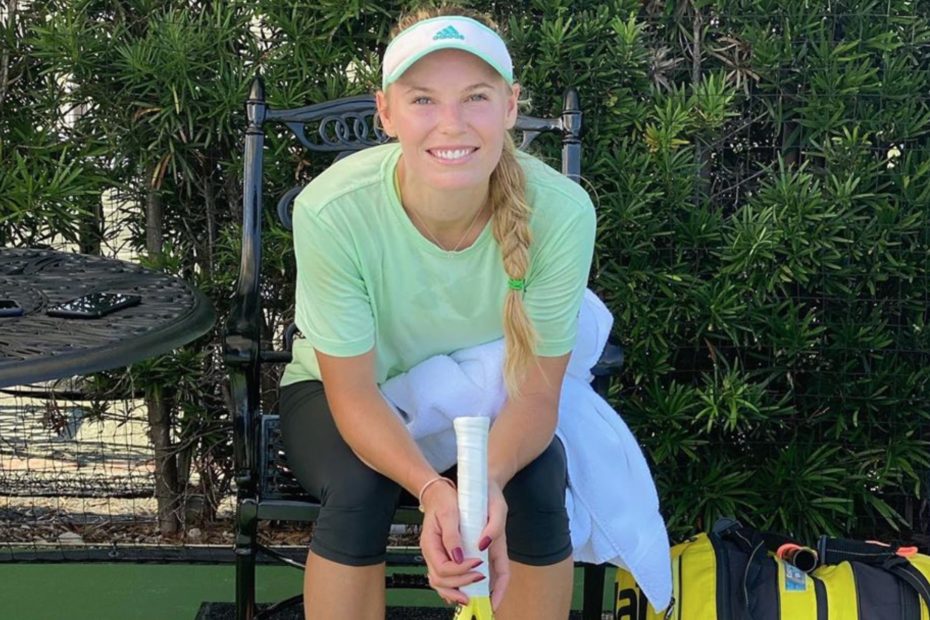 Two years ago, Carolina Wozniacki was asleep in her bed when she woke up in excruciating pain. The pain was so bad, she told People, that she physically couldn’t get herself out of her own bed.

At the time, Wozniacki was just 28 years old. “I looked at my husband David and told him, ‘I literally can’t move, I’m so exhausted and in so much pain. I felt like I’d been hit by a car and had mono at the same time.” And she had a match the very next day.

As Wozniacki told People, her husband had to carry her out of their bed, put her hair into a ponytail for her, and make sure she got on her plane to Cincinnati for her match. Wozniacki would only be able to get through one “dizzy” set before withdrawing from the tournament and flying to New York City to meet with a doctor.

It was there that she received a diagnosis.

Now, at 30 years old, the tennis star is opening up about her diagnosis and how she is coping. That day in August 2018, Wozniacki was the number 2 tennis player in the world and having her best year ever as a professional, People reports. The athlete retired in January of this year.

She was diagnosed with rheumatoid arthritis after a handful of doctor’s appointments, blood tests, and months of pain.

“It was a big shock,” Wozniacki said of her diagnosis to People. “I’ve never had anyone in my family with RA or an immune disease — I just couldn’t understand how a fit young person could have this disease.” However, prior to the diagnosis, Wozniacki admitted that it was scary having “no idea what was going on.”

“It could have been cancer; it could have been a million things. Being a strong athlete and going from playing three hours on a tennis court and then the next day barely being able to get out of bed, raised a lot of question marks.”

According to Mayo Clinic, rheumatoid arthritis “is a chronic inflammatory disorder that can affect more than just your joints. In some people, the condition can damage a wide variety of body systems, including the skin, eyes, lungs, heart, and blood vessels. An autoimmune disorder, rheumatoid arthritis occurs when your immune system mistakenly attacks your own body’s tissues.”

And it can occur in people “at any age, but it most commonly begins in middle age,” Mayo Clinic reports. Following her diagnosis, Wozniacki did continue playing with the help of a treatment plan that included listening to how her body was feeling at any given day.

And one month after her diagnosis, she won the China Open. “It’s probably one of my proudest moments,” Wozniacki said. “Nobody other than my family knew about my RA, and I proved to myself that I can do anything.”

And although rheumatoid arthritis did make training more challenging, Wozniacki told People that she didn’t retire following the 2020 Australia Open because of it. She retired to spend more time with her husband as they are now trying to start a family.

Wozniacki has also been working on Advantage Hers, a new campaign started to raise awareness for women living with chronic inflammatory conditions like rheumatoid arthritis.