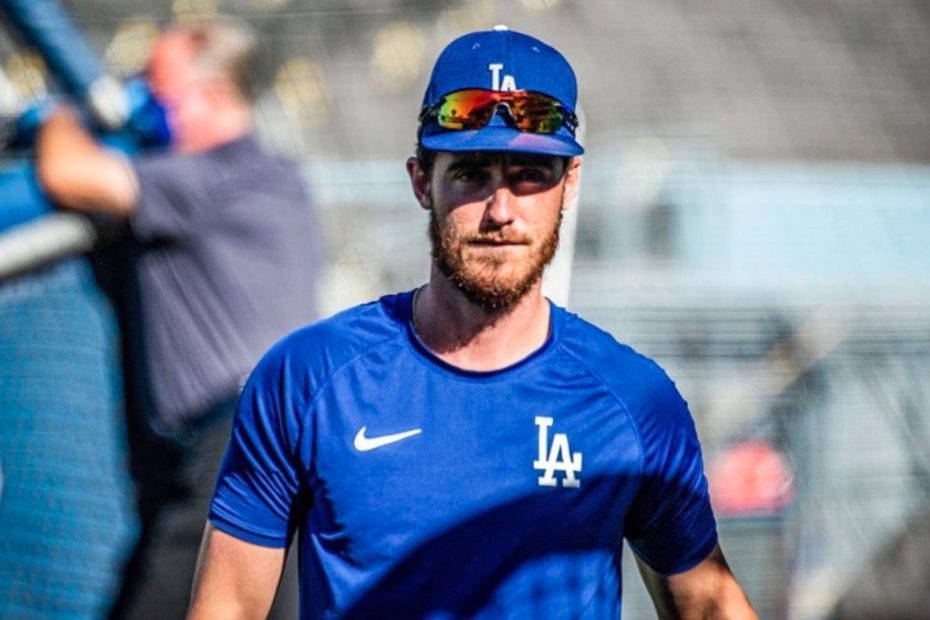 “The fifth pitch has been the magic one tonight. This time he hits the ball to deep right field. Cody Bellinger has done it! And the Dodgers lead in Game 7!” Those are the words the play-by-play announcer yelled as the Dodgers’ fielder hit a solo home run at the bottom of the seventh, during game seven of the NLCS against the Atlanta Braves.

It was a home run that would put the Dodgers up 4 to 3 and that’s where the score would stay, securing LA a spot in the World Series. And this isn’t the first time Bellinger stepped up for his team this October.

In fact, as ESPN reports, his heroics on the diamond this playoff season began after Bellinger had received a text from his dad. As the Dodgers and the Braves were tied 3 to 3 at the bottom of the seventh, Clay Bellinger was sitting in Section 122 at Globe Life Field when his son walked into the batter’s box.

Following the 2019 season which earned him MVP status, Bellinger struggled in the batter’s box in 2020, according to ESPN. Yet, Bellinger continued to voice how comfortable he felt with the things he was doing, even if they were producing results.

As Clay, a former 2-time World Series champion himself, told ESPN, instead of pushing his son in a different direction, he “mostly backed off.” Then, after the Dodgers trailed 3 to 1 in the series against the Braves, Clay sent his son a text.

“Get in the box, be the man, see what happens,” the father told his son.

“Hitting’s the hardest thing to do in sports, and when you’re taking one swing an at-bat, it’s super hard. I told him, ‘Get back to being aggressive the way you are. And if you get to two strikes, take that aggressive swing.'”

And that’s exactly what Cody Bellinger did. Amazing. The Dodgers are now up against the Tampa Bay Rays for it all.