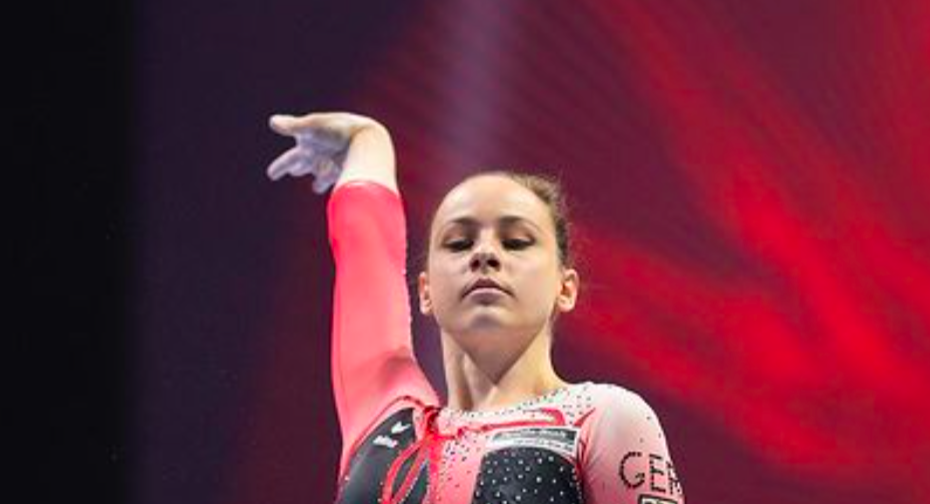 Several German gymnasts are “taking a stand” by competing in uniforms other than the traditional leotard people often see gymnasts competing in.

According to the BBC, gymnast Sarah Voss didn’t break any rules but she “defied convention” when she competed at the European Artistic Gymnastics Championships while wearing a full-body suit. “Until now women and girls have only covered their legs in international competition for religious reasons,” the BBC reported.

And Voss wasn’t the only one. Two of her teammates then did the same on Friday.

The BBC went on to report that “the German federation said its gymnasts performing in the Swiss city of Basel were taking a stand against ‘sexualization in gymnastics’, adding that the issue had become all the more important to prevent sexual abuse.”

“We hope gymnasts uncomfortable in the usual outfits will feel emboldened to follow our example,” Voss said per the BBC.

“We women all want to feel good in our skin. In the sport of gymnastics, it gets harder and harder as you grow out of your child’s body. As a little girl, I didn’t see the tight gym outfits as such a big deal. But when puberty began, when my period came, I began feeling increasingly uncomfortable.”

In a translated Instagram post, Voss said that she is “immensely proud that I was the first to present this heart project to our team! Feel good and still look elegant, why not?…”

This decision caught on internationally as, according to ESPN, Jamaica’s Danusia Francis, a former UCLA gymnast who will compete for Jamaica at the Tokyo Olympics, said “the decision by German athletes to compete in full-body suits at the European Gymnastics Championships last week was empowering for women.”

“I think it’s amazing. I feel empowered that we’ve got this option where we can choose to cover up…I think as people are staying in the sport longer, obviously, they’re not young girls and they’ve got voices, they are women, so to see them making a statement and on an international stage … it was great to see.”

In my opinion, women should feel comfortable competing professionally without worrying about anyone objectifying them while they are COMPETING in a sport they’ve worked hard, put so much time in the gym for moments only to have to worry about potentially being uncomfortable because of what they’re wearing.

No one should feel uncomfortable whatsoever when competing in a sport they’ve worked so hard for. With all the messed up news surrounding the sport, this news is refreshing to say the least. Give these ladies a chance to just compete in a safe, nurturing, encouraging coaching environment. Same with when they compete in person and on TV. Let them be. Let them compete. Stop objectifying them, let alone any other female. Period. Stop making them feel uncomfortable. Stay in your lane. Stop being weird and creepy. Stop hating. Stop it.

Instead, give these ATHLETES the green light to be themselves, compete in what they feel comfortable in and go chase their goals and dreams.