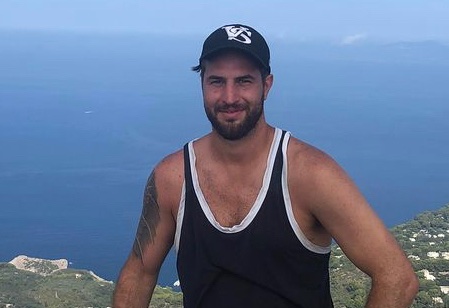 On Wednesday night, the professional ice hockey player made an appearance on Canada’s Sports Network’s show called SportsCentre. Within the episode, he announced to the public for the first time that he was the person that filed a lawsuit against the Chicago Blackhawks for their mishandling of the sexual assault allegation.

The instance occurred eleven years ago when Aldrich asked Beach to come over to his apartment for dinner and drinks. However, the hockey star alleged that the night did not go as planned. The player went on to accuse Aldrich of sexual assault and also shared that his position on the team was threatened by the video coach. Aldrich has denied these allegations and has insisted that the night was entirely consensual and no threats were made.

In 2010, after the alleged abuse occurred, Beach went on to discuss with the team counselor and his allegations were brought to other team leaders such as the team president and head coaches. Unfortunately, the athlete’s claims were ignored until after the team had won the Stanley Cup because the team wanted to avoid bad publicity. For Beach, this was incredibly disheartening to hear.

RELATED: 20 of the Longest Winning Streak in Sports History

The report began after the Blackhawks won the Stanley Cup and Aldrich was given the opportunity to either resign or undergo an investigation into Beach’s claims. The coach decided to resign, but still received benefits from the team. However, he would go on to be arrested for fourth-degree criminal sexual misconduct with a minor in 2013.

And, after eleven years of silence, the report conducted by the team has finally been released to the public.

Beach has come forward and admitted that he was the John Doe who made the allegations. He has described feelings of relief now that the accusations have been made public since “it was no longer my word against everybody else’s.”

“[The day the report was released] was a day of many emotions. I cried, I smiled, I laughed, I cried some more,” the 31-year-shared. He then commented, “it was very special and important to me to have that truth come out.”

“I felt like I was alone and there was nothing I could do and nobody I could turn to for help. And I didn’t know what to do as a 20-year-old,” he additionally included, reflecting on the past events in which he felt alone. “I would never dream, or you could never imagine being put in this situation by somebody who’s supposed to be there to help you and to make you a better hockey player and a better person and continue to build your career.”

“It was to not think about it, to not talk about it, ignore it and that’s all I could do. I was threatened and my career was on the line,” Beach added. “And if I had that in my head, there was no way I was gonna perform at the top of my capabilities.”

The athlete went on to discuss that the report being released is only the beginning of his healing process, as he has repressed the memory for many many years. He stated, “I did not talk about it, I did not discuss it, I didn’t think about it. And now that I’m beginning to heal, I begin to look back and it definitely had impacts on my life.”

Upon the information being made public, the team has publically addressed their former player’s allegations on Twitter.

“As an organization, the Chicago Blackhawks reiterate our deepest apologies to him for what he has gone through and for the organization’s failure to promptly respond when he bravely brought this matter to light in 2010,” they wrote.

The Blackhawks then relayed, ” It was inexcusable for the then-executives of the Blackhawks organization to delay taking action regarding the reported sexual misconduct. No playoff game or championship is more important than protecting our players and staff from predatory behavior.”

Despite their apology, Beach took to Instagram to announce that there will still be issues around the case. Although the report being made public assisted in him coming forward, the team still plans to denounce the claims of Beach in court. “My battle with the Blackhawks is really just beginning as they attempt to destroy my case in court,” he shared.

The involvement of other team leaders will continue to be investigated as time goes on, but as for now, Beach plans to focus on healing and promoting positive change to ensure no one else has to face the same hardships.