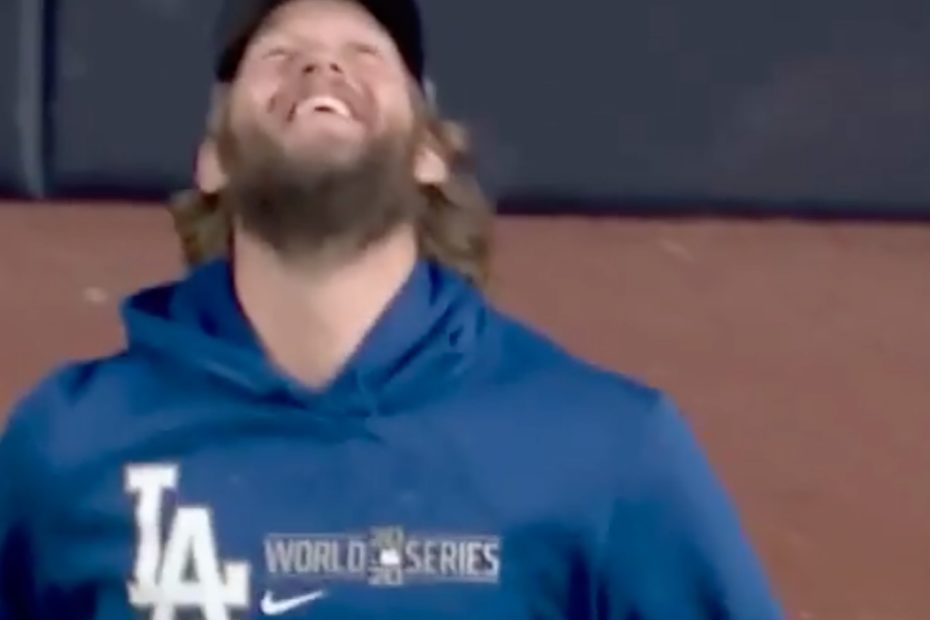 LA Dodgers Win World Series, But Could Their Celebration Turn Into a Super-Spreading Event?

LA Dodgers Win World Series, But Could Their Celebration Turn Into a Super-Spreading Event?

Los Angeles is known as the city of angels, but right now, it’s the city of champions. Just over two weeks from the Lakers winning its first NBA title since 2010, the LA Dodgers are officially champions after as well after beating World Series opponent, the Tampa Bay Rays, four games to two in Arlington, Texas.

“Los Angeles and Dodger fans, you’ve waited 32 years to hear these words, the Los Angeles Dodgers are World Series champions,” Tom Verducci, FOX Sports MLB reporter, said at the trophy presentation. “It was an extraordinary season and the Dodgers are extraordinary champions. Thirteen postseason wins, a month in the bubble, the best record in baseball, a deserving champion.”

RELATED: Former MVP Cody Bellinger’s Year Turned Around After He Received a Text From His Father

Down one run to nothing, the Rays were rolling behind Blake Snell‘s arm, striking out nine. But after allowing a single in the bottom of the sixth, Snell was pulled from the mound and the Dodgers began to make their comeback. Eventually, LA scored another run to take the lead, only to tack on another run in the bottom of the eighth, pulling off the win, 3 to 1.

The Dodgers pitched by committee and finished with 16 strikeouts total. Corey Seager drove in Mookie Betts in that sixth inning to give the Dodgers the lead and Betts hit a homer in the eighth for the insurance run.

“These players right here showed what toughness is all about, resiliency, I’ve never been around a group that’s closer, that’s tougher, that I love more,” Dave Roberts, LA Dodgers manager, said.

One of those players that Roberts talked about was Dodgers ace pitcher, Clayton Kershaw. Kershaw has played his whole MLB career, since 2008, with the Dodgers. A three-time NL Cy Young winner and eight-time All-Star, Kershaw can now add World Series champion to his list.

“This is what we all work for…it’s been 32 years for Dodger fans,” Kershaw said on CBS This Morning. “I’ve been playing for 13 years now, I’ve been to the postseason a lot, never gotten to win one of these things. So, to get celebrate, to get to be a part of it, to get to be a part of the 2020 Dodgers that get to bring home a World Series championship to the fans, and get to be there with my teammates and celebrate with my family, just crazy.”

However, during their celebration, Justin Turner returned to the field after testing positive for COVID-19, even taking his mask off in the process. Those actions had the potential to turn what was supposed to be an exciting time into a “super-spreading event,” Sports Illustrated reports.

“In a season nearly derailed by risky behavior, this was the most irresponsible moment yet,” SI added. As of October 29, no other positive COVID tests within the Dodgers organization have been reported.