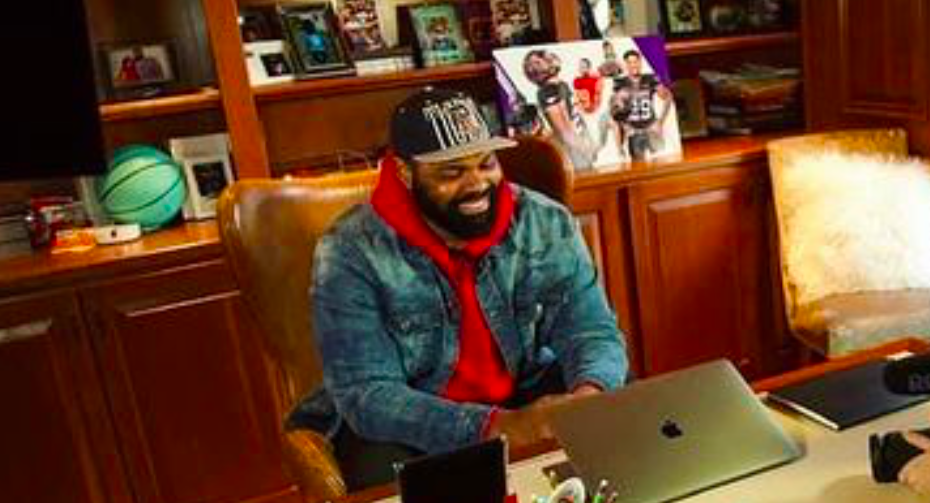 RELATED: ‘Christmas With The Curry’s’: Steph And Ayesha Curry Donate Groceries, Gift Cards, Books To Families, Surprise Busy Mother Helping Other Moms Out During Pandemic By Distributing Millions Of Diapers

You may recognize that name from being the subject of the popular movie based on a true story, “The Blind Side”, where a family sees someone in need of a loving home to stay while in high school and takes him in as one of their own.

Oher, who eventually would play on the high school football team and became a left tackle, protects the quarterback’s “blind side”, hence the name of the film.

What we also can’t turn a blind eye to is the fact that there was a lot of pain for Oher growing up and there may have been pain you may have dealt with as a child that still needs to be worked through.

The importance of talking with someone about that can’t be understated. This includes talking to a professional counselor or therapist to work through some of that pain, emotions, and triggers you may be facing today.

Oher talked with People in an exclusive on his mental health journey.

“I’m still traumatized and I still deal with things that I dealt with as a kid,” Oher said to People in an exclusive. “If you’re still dealing with trauma, [therapy] is definitely needed early on, because I had to do that to get back healthy.”

Oher encourages people to take care of your mental health.

“The mind is the most powerful thing and it has to be healthy to be successful,” Oher said to People. “I bottled so much stuff up throughout my life. I carried that with me and I think it hurt me in the long run. That may be the only thing holding you back from being where you want to be — talking to somebody.”

The road to get to be Super Bowl champion defiantly wasn’t an easy one. There was a lot of adversity to get to that point, including mentally. But, just like everyone else going through any mental health battle, the fight continues, the journey continues, getting help and mental strength and fortitude along the way through growth day-by-day.

Oher is choosing in this next step of his journey to help give back to others with a new app he started: “Good Deeds” where communities can all pitch in to help those truly in need.

If you’d like to help others through the Good Deeds app, you can download the app here.

“I’m thankful for what I’ve created now,” Oher said to People. “The things that were against me, I can look back and say, ‘I proved them all wrong.’ And now I can show other people who are like me coming up, I can pull them along and continue to reach back. … I like giving credit to everybody that was involved because I couldn’t have done it alone.”