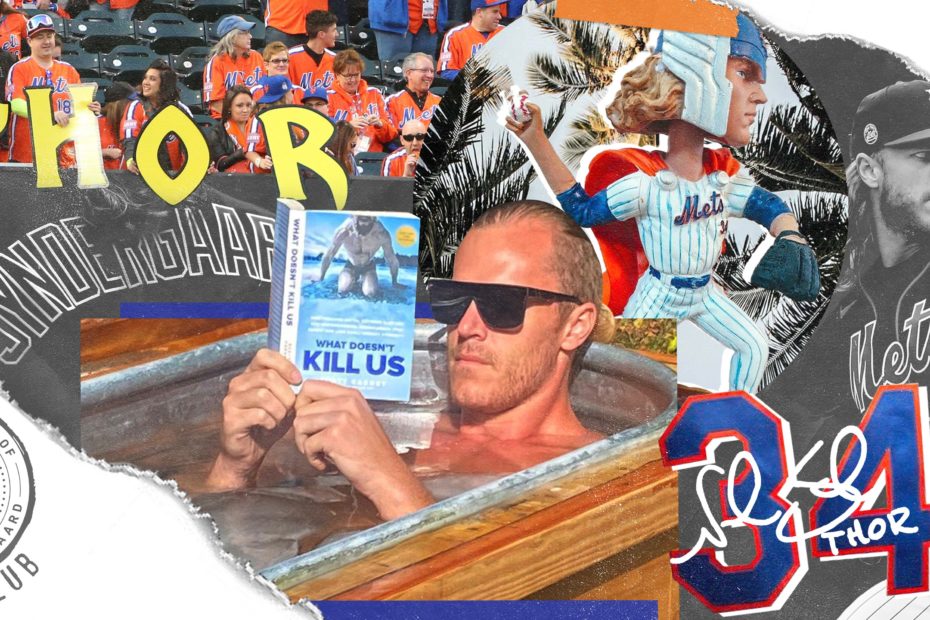 Want To Be In A Book Club With Mets Pitcher Noah Syndergaard? Find Out How!

Want To Be In A Book Club With Mets Pitcher Noah Syndergaard? Find Out How!

RELATED: ‘Christmas With The Curry’s’: Steph And Ayesha Curry Donate Groceries, Gift Cards, Books To Families, Surprise Busy Mother Helping Other Moms Out During Pandemic By Distributing Millions Of Diapers

You heard that right! It’s one of Syndergaard hobbies and he wants to share it with everyone.

Reading is critically important. The pitcher who throws strikes on the mound seemingly understands that picking up a book can help build a mound of growth in life, as well.

“I’ve been reading a lot of books while recovering from my Tommy John surgery and thought it could be cool to share this new hobby with everyone,” Syndergaard said to the New York Daily News. “I’ve learned a lot from all of these books about recovery techniques, leadership, leaning on my inner strength, and simply that it’s fun…I hope to further promote literacy, learn more and have a good time reading with my fans.”

Aside from Spongebob, would you like to be a part of Syndergaard’s book club?

Here’s how his book club will work, according to the New York Daily News: “Each month, Syndergaard will announce a new book on his social media channels and invite fans to read along with him, according to a person familiar with the new club.”

Who’s one of Syndergaard’s first book club members? Looks like his teammate, Pete Alonso, wants in:

But, it’s going to cost him “50 plus tanks in 2021” as Syndergaard said it jokingly. Or, maybe he’s serious. If so, Alonso, better start ordering those tank tops ASAP to be part of this book club.