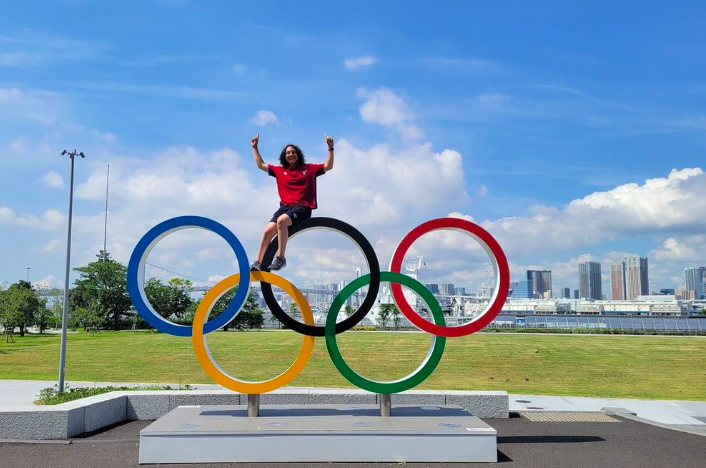 Tunisian sailor Eya Guezguez, who was among the youngest competitors in the 2020 Tokyo Summer Olympics, has tragically died at the age of 17.

The 17-year-old Olympian was sailing alongside her twin sister Sarra, who also was a competitor at the 2020 Summer Games when their boat overturned in the water due to strong winds. According to multiple news outlets, the sisters were participating in their training process and were followed closely by their coach in a speedboat.

After their vessel capsized, the twins’ coach was able to pull Sarra out of the water and performed CPR. However, Eya was taken to a nearby hospital where she was pronounced dead at the scene.

The Tunisian Olympic Committee (CNOT) confirmed the death of Guezguez in a statement released on Facebook this weekend. CNOT honored the 49er FX category Olympic participant by giving regard to her family.

“May Allah have mercy on the deceased, grant her eternal rest in paradise, and grant her family and relatives and the entire sports family patience and solace,” the organization wrote.

Since Guezguez’s death, many Tunisians have expressed their outrage over her tragic passing.

Questioning the safety precautions of the sailing organizations, some argue that her death was completely preventable had the sailing team not hit the water on a day when winds were strong. Although many are attributing the accident to poor weather conditions, an investigation is to be launched into the 17-year-old’s death and determine whether or not her sailing team needs to reevaluate their preventative measures.

In addition to her home country’s grief, Guezguez’s death comes as heartbreaking news to the entire Olympic community.

“I am shocked by the news of sailor Eya Guezguez’s death. She was an inspiring talent and role model for her athletes’ generation,” International Olympic Committee (IOC) president Thomas Bach commented in a statement released on the Olympics website.

He added, “​​Eya Guezguez’s participation at Tokyo 2020 alongside her twin sister Sarra will continue to motivate girls everywhere. Our thoughts are with her family, friends, and the Olympic community in Tunisia.”

After being the youngest female athlete during the Olympics this summer, Eya reported on Instagram that being present at the Games was a “dream that came true.” Eya and Sarra had high hopes of participating in the 2024 Paris Olympics.